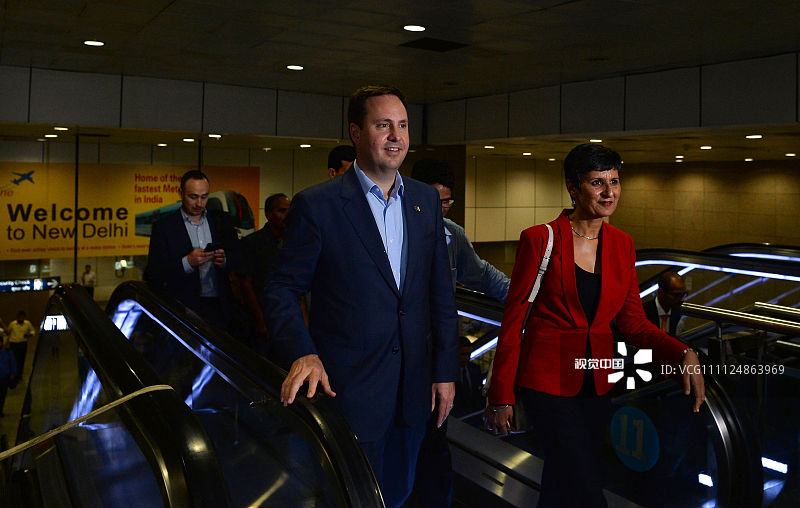 China will make a positive and constructive contribution to the global economy and continue to be Australia's most important trading partner, said Steven Ciobo, Australian minister for trade, tourism and investment.

"Australia welcomes China's growth," he said. "Both our countries have a long standing trading relationship that helps strengthen our economies."
Since 2012, a number of steps have been implemented to bolster bilateral ties, including the China-Australia Free Trade Agreement and the "2017 Year of Tourism Partnership," he added.
Ciobo also pointed out that foreign investment by China at that time helps support local job creation, which has soared to 87 billion Australian dollars ($67.74 billion) at the end of 2016.
But it's the two-way trade relationship that has continued to underpin the prosperity of Australia with almost one third of its exports bound for China, Ciobo stressed.
Australia's rich natural resources, Ciobo said, have also played a vital role in China's growth story as an important input to its manufacturing base.
"Australian resources and energy exports have powered China's economic growth over the past 30 years. Australian companies not only supply resources used in China's industrial sector, but are also developing resources projects jointly with Chinese companies," he added.
However, as China looks to transition out of the manufacturing industry towards new technology innovation and the services sector as part of its rejuvenation strategy, Ciobo sees this transition as an opportunity to build further cooperation and partnership with China.
"This will pave the way for a new era of trade growth between the two countries that is increasingly based on services, innovation and exchange of new ideas between Chinese and Australian institutions and businesses," Ciobo said.
"The launch of Australia's Shanghai Landing Pad and the opening of China's Torch Innovation Park at the University of New South Wales are already good examples of our investment and innovation cooperation," he said.
The Australian Landing Pad is a program established by the government which aims to nurture creativity and start up companies. The first Australian start-ups arrived at the Innovation Landing Pad in Shanghai in February, connecting both sides' investors, technologies and markets.