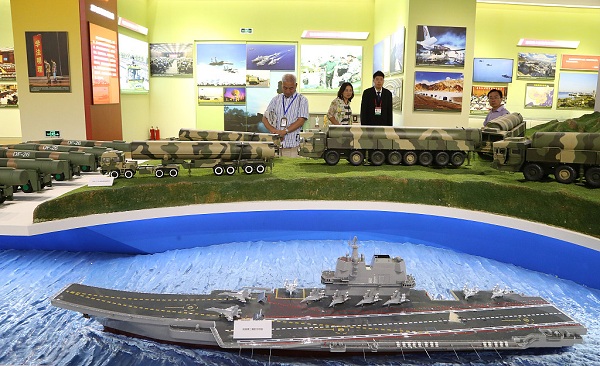 The white paper titled "China's National Defense in the New Era" described this as the distinctive feature of China's national defense.

The Chinese nation has always loved peace, the white paper said, adding that the People's Republic of China has never started any war or conflict since its founding 70 years ago.

Since the introduction of reform and opening-up, China has been committed to promoting world peace, and has voluntarily downsized the People's Liberation Army by over 4 million troops, it added.

China has grown to be the world's second largest economy neither by receiving handouts from others nor by engaging in military expansion or colonial plunder. Instead, it has developed through its people's hard work and efforts to maintain peace, the white paper said.

China advocates partnerships rather than alliances and does not join any military bloc, the white paper said, adding that the country stands against aggression and expansion, and opposes arbitrary use or threat of arms.

The development of China's national defense aims to meet its rightful security needs and contribute to the growth of the world's peaceful forces, according to the white paper.

History proves and will continue to prove that China will never follow the beaten track of big powers in seeking hegemony. No matter how it might develop, China will never threaten any other country or seek any sphere of influence, the white paper said.