China will not accept actions undermining its sovereign security and development interests: FM

China will not accept actions that undermine its sovereign security and development interests, Chinese Ministry of Foreign Affairs spokesperson Zhao Lijian said Wednesday in response to the new sanctions the US threatens to slap on Chinese officials. 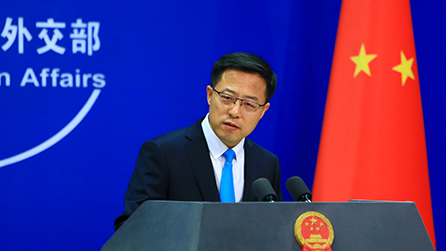 The US announced on Tuesday that it would impose sanctions on 14 Vice Chairmen of the NPC Standing Committee. Zhao slammed the sanctions at a routine press conference.

“My colleague stated China's position yesterday. In response to the abominable acts of the US, China will take firm and forceful countermeasures to safeguard its sovereignty, security and development interests,” Zhao said.