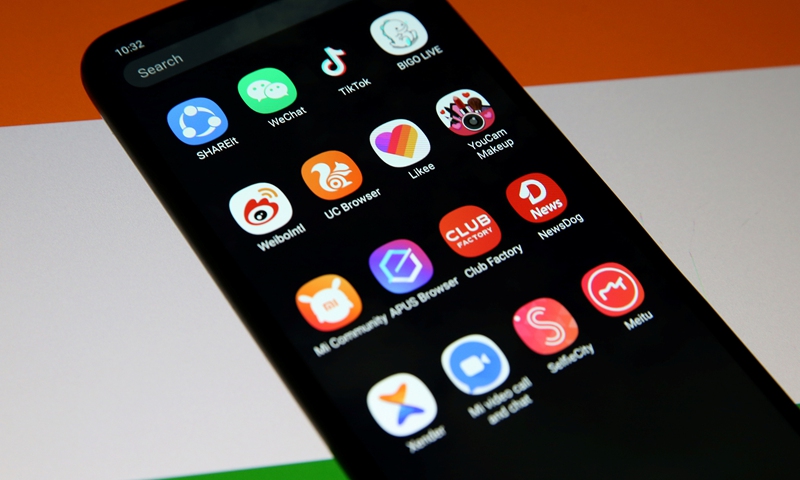 China will "take necessary measures" to safeguard the legitimate rights and interests of Chinese businesses in India, the Chinese Embassy in India said on Tuesday in response to India's recent ban on 59 Chinese apps, which led to the suspension of WeChat services for Indian users on Saturday.

According to the embassy's statement, Chinese enterprises in India have been receiving constant requests from the Chinese government to abide by international and local laws and regulations, and the Indian government has the responsibility to protect the legitimate rights and interests of Chinese businesses in the country in accordance with market principles.

"Practical cooperation between China and India is mutually beneficial," read the statement. "Deliberate interference in such cooperation will not serve the interests of India."

Chinese companies have been gaining popularity in the Indian market in recent years, but now face a deteriorating local business environment and tough government regulations. WeChat, one of the biggest messaging apps from China, on Saturday stopped providing services to some of its Indian users following a government ban on 59 Chinese apps announced on June 29.

Some wildly popular apps, including short video platforms TikTok and SHAREit, have also been banned and removed from local app stores. ByteDance could lose up to $6 billion after the ban, the Global Times reported earlier. And according to data from mobile app analysis company Sensor Tower, TikTok was downloaded 112 million times in May, with 20 percent of the total in the Indian market, double the proportion in the US market.