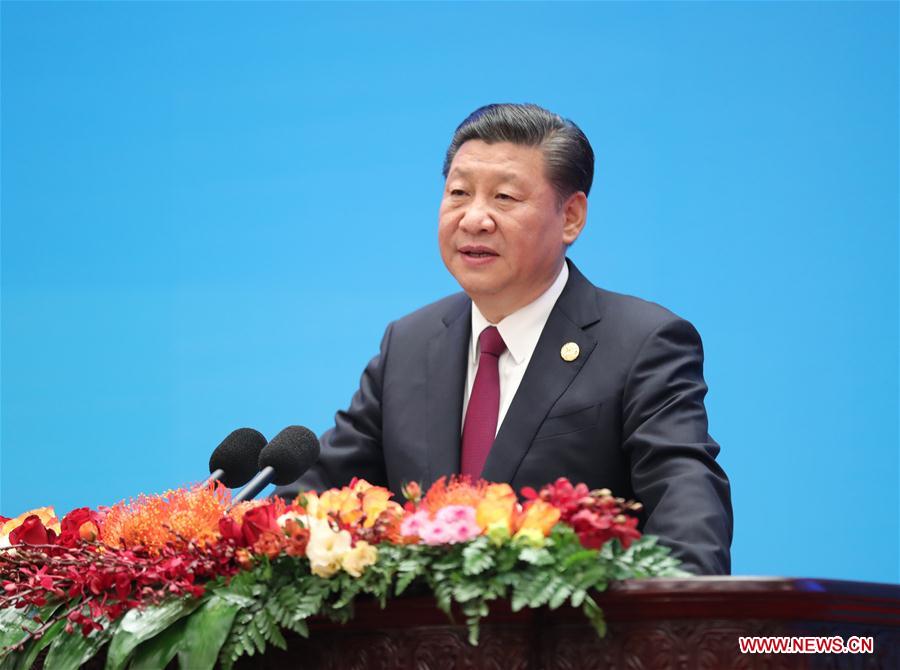 SHANGHAI, Sept. 17 (Xinhua) -- Chinese President Xi Jinping on Monday stressed that China is willing to share the development opportunities in the digital economy with other countries and called for joint efforts in promoting artificial intelligence (AI) for the benefit of humankind.

Xi made the remarks in a congratulatory letter to the opening of the World Artificial Intelligence Conference in Shanghai.

Xi pointed out that the new generation of AI is experiencing robust growth globally, injecting new impetus to the economic and social development and changing the patterns of work and life in a profound way.

To seize the development opportunity of AI and cope with new issues in fields including law, security, employment, ethics and governance, it requires deepened international cooperation and discussion, said Xi in the letter.

China is ready to work with other countries in the field of AI to jointly promote development, safeguard security and share the results, said Xi, highlighting expectations on exchange and cooperation in technology exchanging, data sharing, application markets and other areas.

Xi extended a warm welcome to the participants and called on them to build consensus through in-depth exchanges and jointly push forward AI for the benefit of humankind.

Xi's letter was read out at the opening ceremony by Li Qiang, a member of the Political Bureau of the Communist Party of China (CPC) Central Committee and secretary of the CPC Shanghai Municipal Committee.

Li noted that Xi's letter pointed out a clear direction for the swift and healthy development of AI.

Vice Premier Liu He, also member of the Political Bureau of the CPC Central Committee, attended the opening session and delivered a speech.

Xi's letter shows that the Chinese government attaches great importance to this conference and the development of AI, according to Liu.

The three-day conference has attracted experts, scholars and entrepreneurs from nearly 40 countries and regions. More than 200 leading companies in AI participated in the conference and the exhibition.