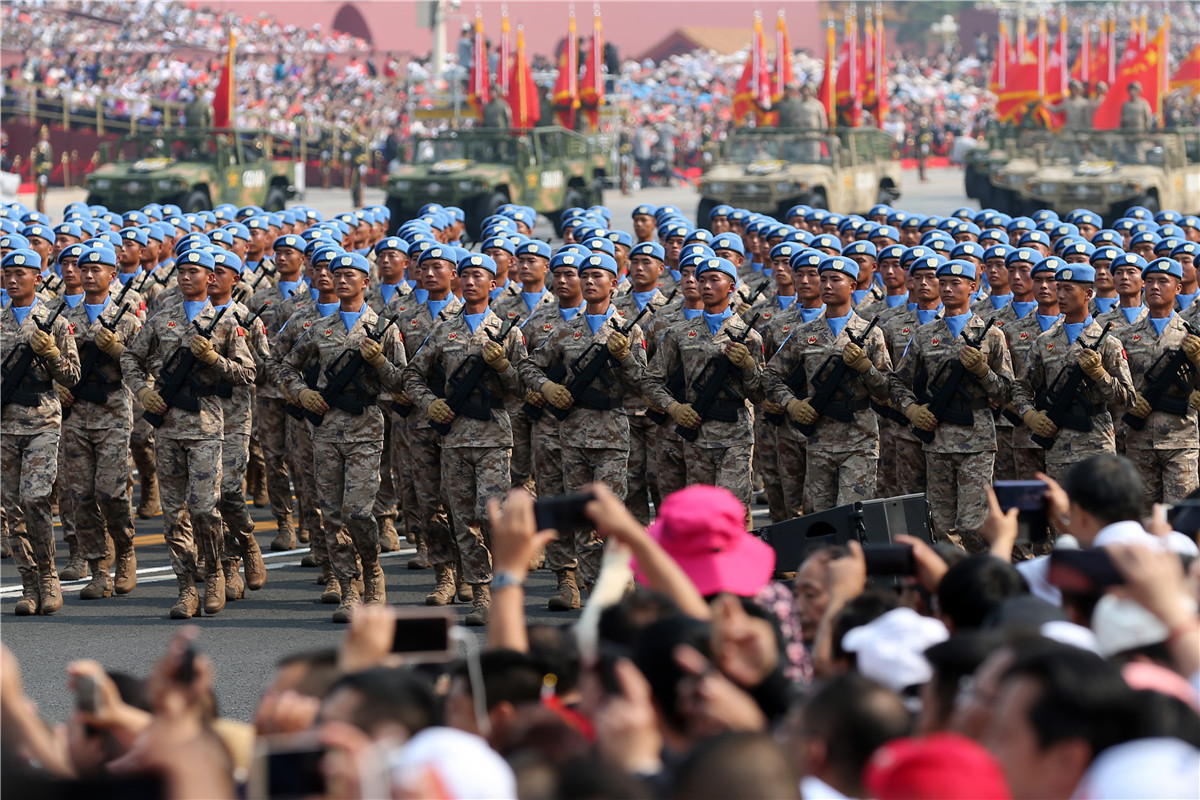 Over 2,500 Chinese personnel are now deployed in UN peacekeeping operations, risking their lives to keep the world safe. "All of them are doing excellent work," said Atul Khare.

Aleksandar Vulin, the defense minister of Serbia, was impressed by China's peaceful development. "We always feel that China respects every nation," he said.

Ishwar Pokhrel, deputy prime minister and defense minister of Nepal, expressed his expectations to the newly upgraded strategic partnership of cooperation featuring ever-lasting friendship for development and prosperity between China and Nepal.

Vietnamese Defense Minister Ngo Xuan Lich recognized achievements China has made in the past seven decades. "We believe China will continue to promote peace, stability and development, and contribute to solving common security challenges," he said.

More than 1,300 people, including 76 official delegations, defense ministers from 23 countries, representatives and scholars from international organizations, as well as observers of various countries attended the forum this year.

Initiated in 2006, the forum is widely recognized as a major platform for exchanges and cooperation among defense authorities, armed forces, international organizations and scholars.