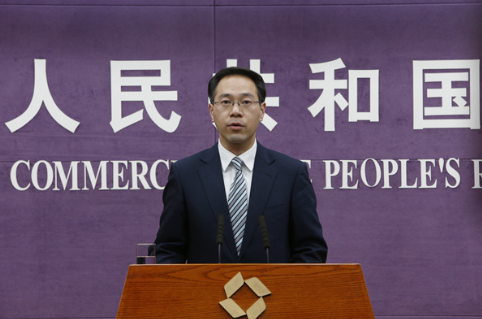 Gao Feng, a spokesman for China's Ministry of Commerce, makes remarks during a press conference in Beijing, May 30, 2019. (Photo: China Plus)

China will never enter into agreements that undermine the country's sovereignty and dignity, and will never make concessions on matters of principle, a spokesman for China's Ministry of Commerce reiterated on Thursday.

During a press briefing, ministry spokesman Gao Feng stressed that progress in the China-U.S. trade negotiations largely depends on the attitude and sincerity of the American side, and that talks can only proceed on the basis of mutual respect and equality.

Gao touched on China's role as an engine of world economic growth. "China's economy is deeply merged with the global economy. China's contribution to global economic growth has been maintained at 30 percent for decades," said Gao, adding that China will continue to create a stable, equitable, and transparent business environment for foreign investors.