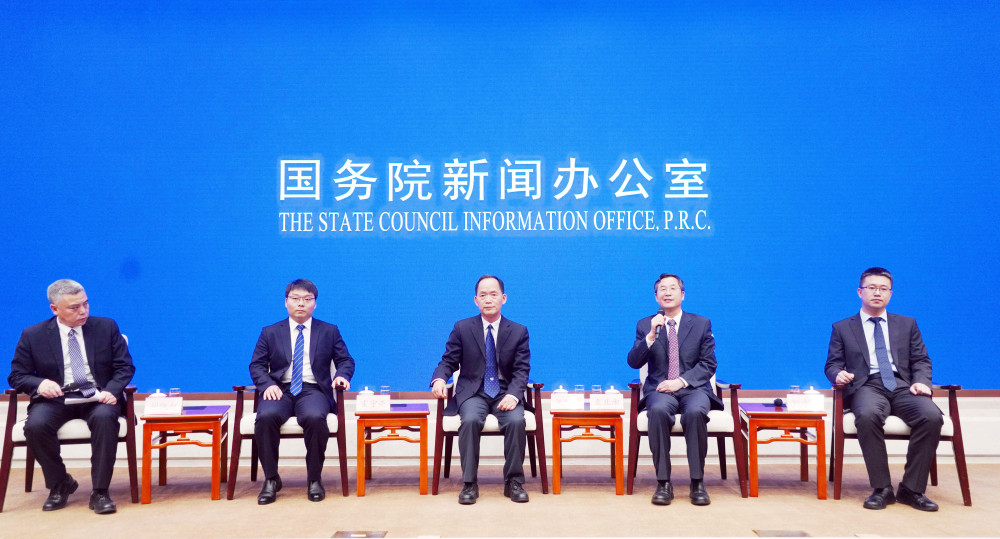 Yao Tandong, third from left, an academician at the Chinese Academy of Sciences, Yuan Yaxiang, second from right, also an academician at the CAS, Huo Shouliang, second from left, a researcher at the Chinese Research Academy of Environmental Sciences, and
Guo Shaojun, first from right, a professor at Peking University, attend a news conference on Nov 17, 2020. (Photo:Xinhua)

BEIJING -- Several Chinese academicians and scientists on Tuesday called for promoting the spirit of scientists in the development of sci-tech industry.

Yao Tandong, an academician at the Chinese Academy of Sciences, said at a press conference in Beijing that the moral and professional integrity of scientists can motivate scientific researchers and is important for the development of the sci-tech industry and social progress.

Yao noted that advanced technologies should be used for the more efficient development of scientific research. He urged enhancing interdisciplinary study for innovative research.

At the same press conference, Yuan Yaxiang, also an academician at the CAS, highlighted the importance of nurturing new-generation scientists. He encouraged young researchers to be curious about science and make breakthroughs in major fields of science.

Huo Shouliang, a researcher at the Chinese Research Academy of Environmental Sciences, called for cooperation and joint research among scientists, while Guo Shaojun, a professor at Peking University, proposed to strengthen basic research and promote the transformation of achievements in research.