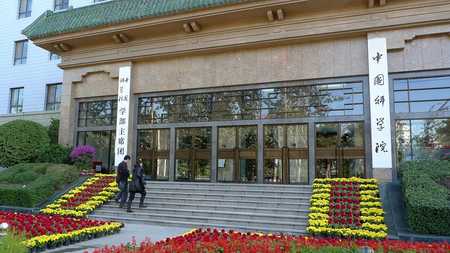 Gene-edited diseased monkeys cloning, an archaeological discovery of the earliest human occupation of the Qinghai-Tibet Plateau and the unveiling of the African swine fever virus structure are the top three research advances in 2019.

The CAS researchers cloned five macaque monkeys from the skin cells of a diseased monkey, representing the first time anywhere in the world that gene-edited macaque monkeys of uniform genetic background have been produced. The advance will help promote research on the mechanisms of human brain disease and early diagnosis and treatment.

A human fossil, found by the CAS in a karst cave in northwestern China, is believed to belong to the ancient Denisovans, who lived around 160,000 years ago. The discovery, which prolonged human history on the Qinghai-Tibet Plateau, was listed among the Top 10 breakthroughs of 2019 by Science magazine.

A research team led by CAS and the Chinese Academy of Agricultural Sciences unraveled the three-dimensional structure of the African swine fever virus, laying a solid foundation for developing effective and safe vaccines to prevent the disease.

The other key researches in the highlights: