CHENGDU-- China's indigenously developed ARJ21 regional jetliners have been used on four new routes in this flight season with more destinations, according to Chengdu Airlines Monday. 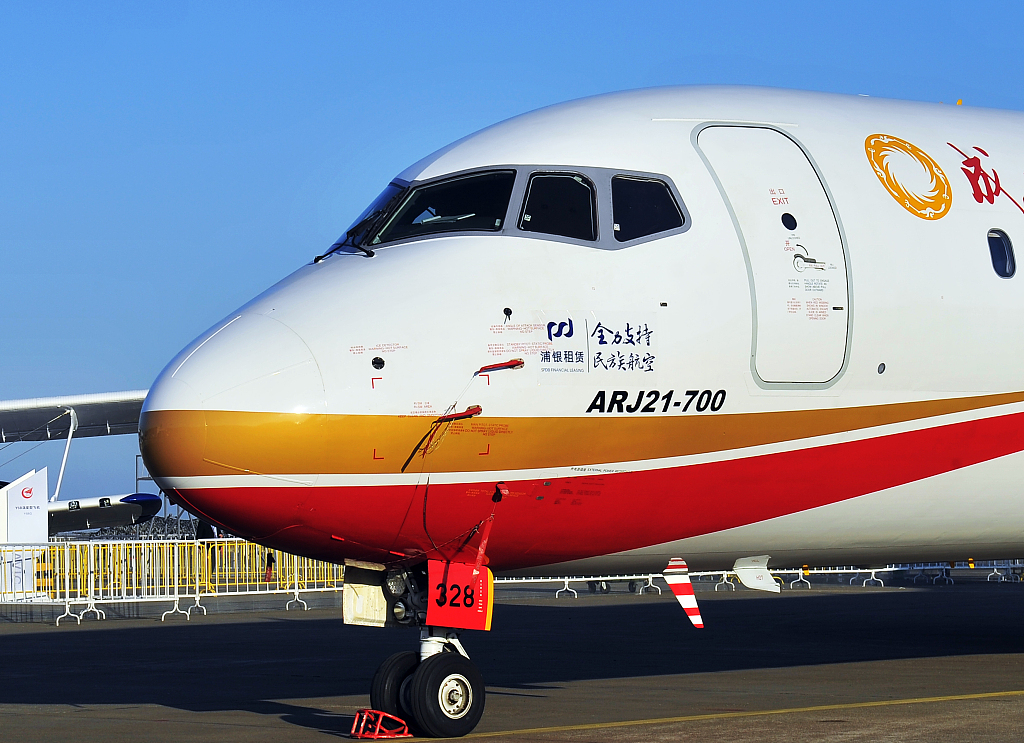 This shows that the ARJ21 has been continuously expanding air services to more Chinese cities, said the airline.

To date, the ARJ21 airplanes have been used to connect more than 20 cities, according to Chengdu Airlines.

Developed by the Commercial Aircraft Corp. of China, the ARJ21 is China's first regional passenger jetliner.

It is designed with 78 to 90 seats and has a range of 3,700 km. It can fly in alpine and plateau regions and is adaptive to various airport conditions.

The first ARJ21 airplane was delivered to Chengdu Airlines in 2015. It conducted its first commercial flight on June 28, 2016.

By the end of March, Chengdu Airlines has received 11 ARJ21 airplanes and used them to carry more than 318,000 passengers on 3,825 flights.