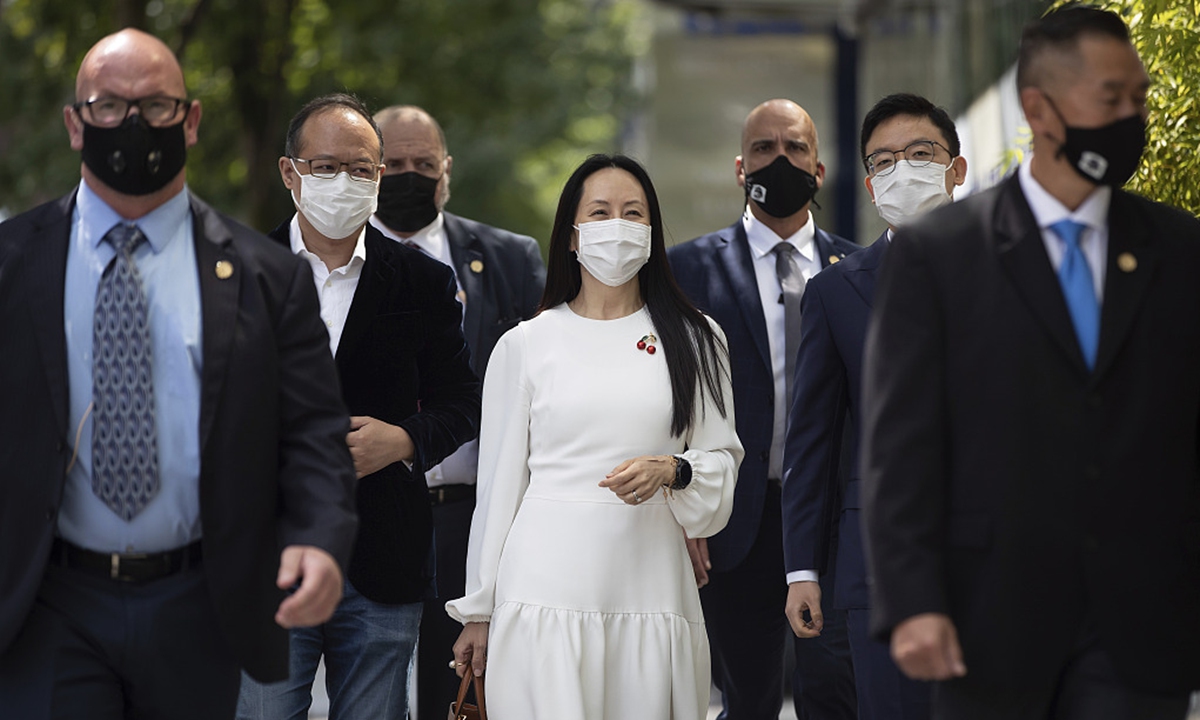 As August 26 marks the 1,000th day since Meng Wanzhou, senior executive of Huawei, has been detained in Canada, Chinese Ambassador to Canada Cong Peiwu called Meng on Wednesday to express his sympathy and denounce the misdeeds of the Canadian government. The ambassador urged Canada to take the collective public opinion of over 1.4 billion people seriously in demanding the immediate release of Meng.

Cong condemned the Canadian government's wrongdoing, emphasizing that any attempt and conduct of bullying or suppressing the Chinese people would be met with a counter strike, and the Chinese government firmly protects the legitimate rights of Chinese citizens and companies.

August 26 marks the 1,000th day since Meng has been arbitrarily detained by Canada. Cong also published an article in local media The Hill Times on Wednesday, reiterating that the incident of Meng is purely a political one, and Canada is acting as a cat's paw for the US and has been used by the US.

But the inspiring news is that a growing number of people have realized that the incident is, in essence, a political move that is illegal and unfair. 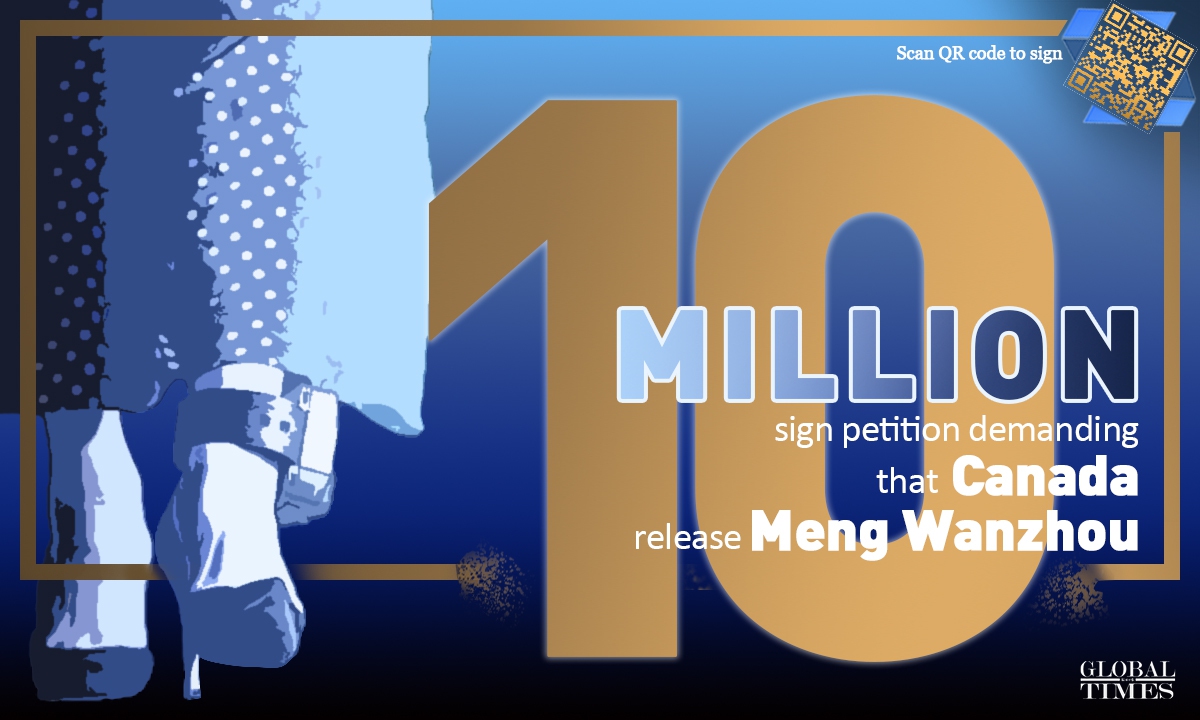 Over 10 million people have signed a petition within protesting US political persecution of Huawei's MengWanzhou and demanding Canada to release her immediately. (Photo: Global Times)

The Global Times launched an online petition to release Meng on August 18 which has gathered over 14 million signatures as of Thursday morning, reflecting a strong public opinion in urging the Trudeau administration to stop playing the role of a willing accomplice of the US government and setting up such a well-plotted trap for the Chinese citizen to curb China's high-tech growth.

Some Canadian media and politicians continue to ignore the collective voice of the Chinese citizens. Nevertheless, they have been quick to connect the incident of Meng with the recent judgments of Canadian citizens Michael Spavor and Robert Schellenberg, who were charged for illegally gathering the state secrets and drug trafficking, respectively. Cong said the nature of Meng's case is completely different from that of the Canadian citizens'.

"The US fabricated false allegations of 'fraud' and Canada acted as an accomplice in detaining Meng, who did not violate any Canadian law. This is truly hostage diplomacy and arbitrary detention," he said.

Also on August 18, the Global Times released an open letter to Canadian Ambassador to China Dominic Barton, demanding Meng's immediate and unconditional release and protested against the ugly acts of the Canadian government.