Chinese Ambassador to Bulgaria Zhang Haizhou here on Monday evening received the award for Ambassador of the Year 2018 by the Bulgarian Chamber of Commerce and Industry (BCCI). 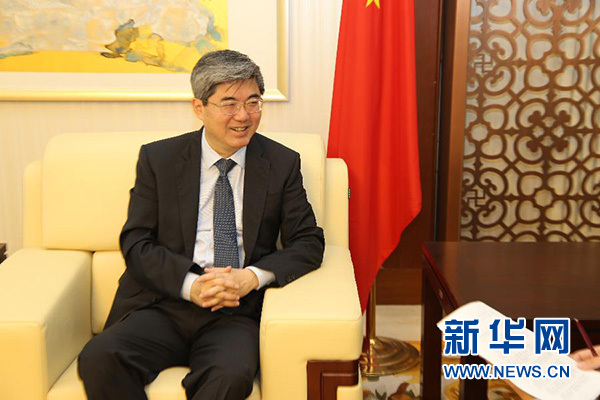 Zhang was recognized at the BCCI's Annual Awards ceremony for his contribution to the development of the diplomatic relations between Bulgaria and China, and for his collaboration with BCCI in achieving its objectives.

"I think this award is a symbol of the positive assessment on behalf of the Bulgarian business for the convergence and deepening of the exchanges between the Chinese and Bulgarian business communities and the hope for more real results in the future cooperation," Zhang said after receiving the award from Bulgarian Deputy Prime Minister Ekaterina Zaharieva.

Zhang also noted that the Chinese and Bulgarian governments attached great importance to practical cooperation in the area of trade and the economy, adding that BCCI has made significant contribution to promote bilateral business ties.

For this reason, education was a top priority of the government, which also made efforts to attract Bulgarians working abroad, Zaharieva said.

BCCI president Tsvetan Simeonov in turn said that this year the chamber has worked to improve the economic environment and support the day-to-day activities of the companies.

It would continue to encourage companies to master international standards in trade and industry, Simeonov added.