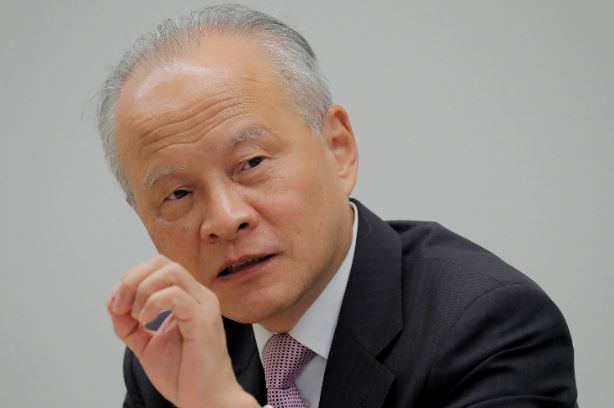 Cui Tiankai, Chinese Ambassador to the US, has urged public to pay more attention to the views of scientists on the COVID-19 pandemic instead of groundless accusations made by some politicians.
Cui made the remarks at a Bloomberg New Economy Forum on Tuesday.
The lack of transparency is not in terms of science or medical treatment, but in term of some of the political developments, especially in the United States, said Cui.
The purpose of keeping transparency is to let people know the facts and the truth based on science, Cui said, adding "But there is so little attention being paid to the views of scientists now."
Some politicians are so preoccupied in stigmatization, making groundless accusations, said Cui.