LONDON, April 7 (Xinhua) - Chinese Ambassador to Britain Liu Xiaoming said on Tuesday that the attempt to stigmatize China is a "political virus" that undermines the international cooperation in the fight against the COVID-19 pandemic. 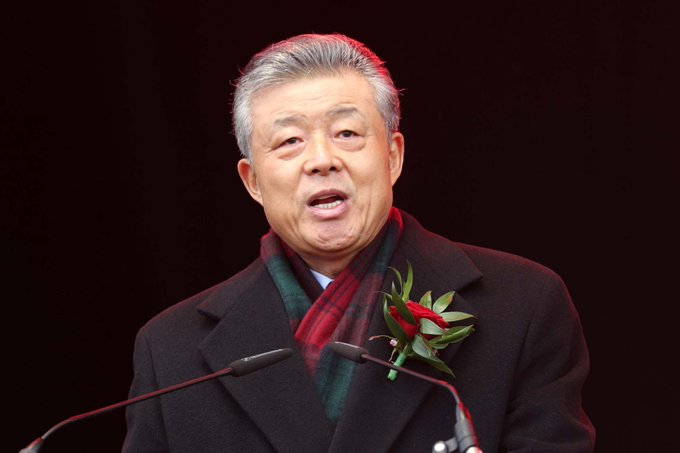 In a signed piece on the Evening Standard newspaper, Liu said some politicians in the United States and Britain are spreading lies and stigmatizing China amid the ongoing crisis.

China has participated actively in the global response to COVID-19, living up to its responsibility for the world because the epidemic poses a common challenge to all, he said.

"China has donated 20 million U.S. dollars to WHO and provided assistance to more than 120 countries, including the UK, and four international organizations, to the best of its capability," Liu said, adding that China has spared no efforts in sharing its experience with other countries and regions.

Noting that China has been open and transparent in combating COVID-19, he said that the Chinese measures have been effective and "stigmatizing China is unpopular."

"However, a few Western politicians ignored China's tremendous contribution to global public health and the professional advice of WHO that the virus should not be linked with any specific country or region," Liu said. "Their attempt to stigmatize China is a 'political virus' that is harmful to all mankind as it undermines international cooperation in the fight against the epidemic."

"It reveals their hypocrisy of applying double standards," he said. "It will do nobody any good and is naturally met with condemnation and opposition from the international community."

Liu said cooperation in the spirit of a community with a shared future for mankind is the only right choice in the fight against COVID-19.

"In face of the challenge, it is all the more important that China and the UK take up our responsibility, help each other and ignore the noises and disruptions, so as to generate positive energy for the cooperation between our two sides and make new contribution to global public health," he said.