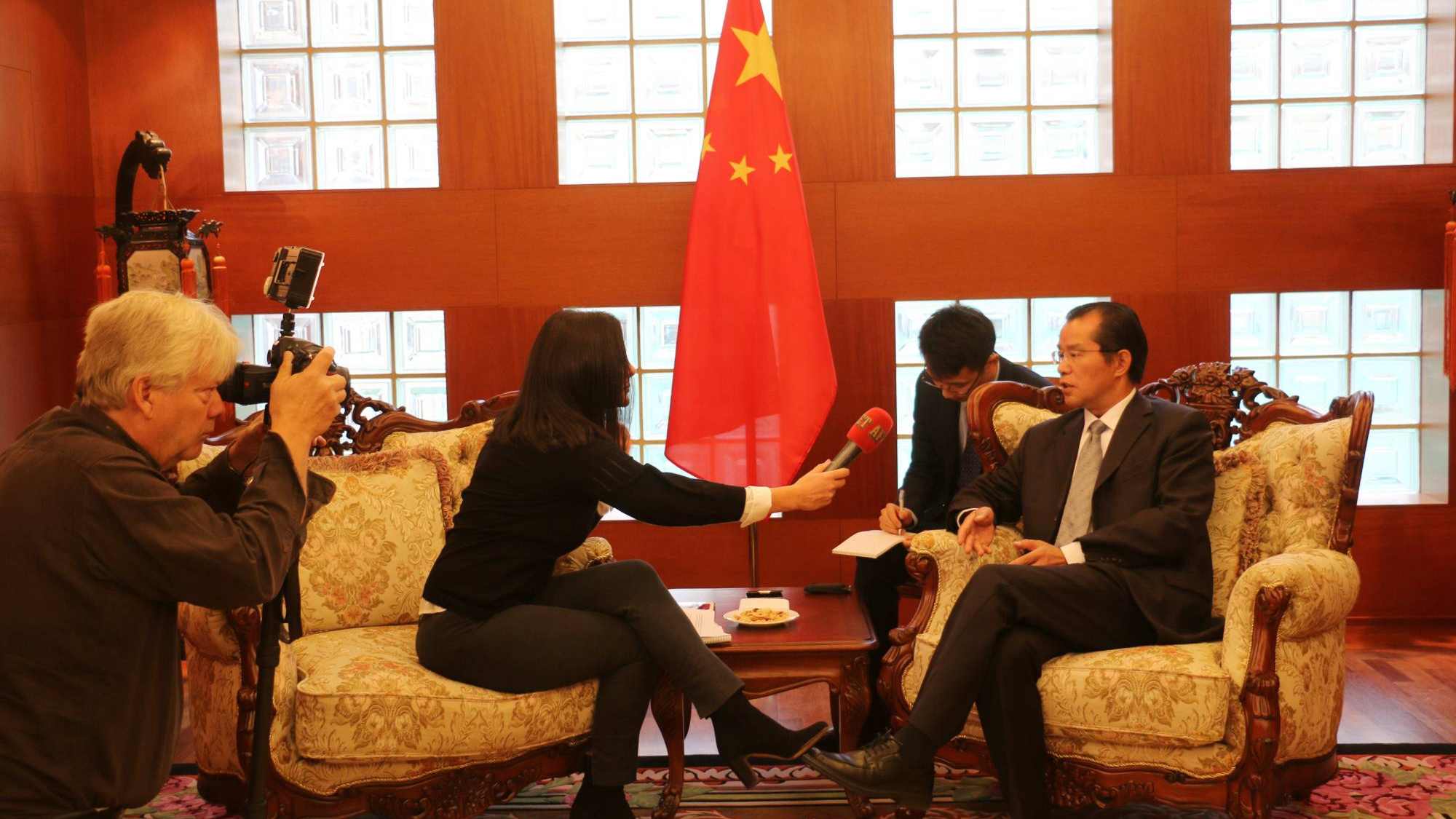 Chinese Ambassador, Gui Congyou gave an interview with Aftonbladet, an evening newspaper in Stockholm on Sunday, talking about the brutal treatment of Chinese tourists by Swedish police and clarifying the recent issuing of travel alerts to the country.

In the interview, the newspaper journalist, named Mira Micic doubted whether the Chinese Embassy in Sweden had carried out an in-depth inquiry of the incident before taking diplomatic action as there have been many versions of what happened on September 2. 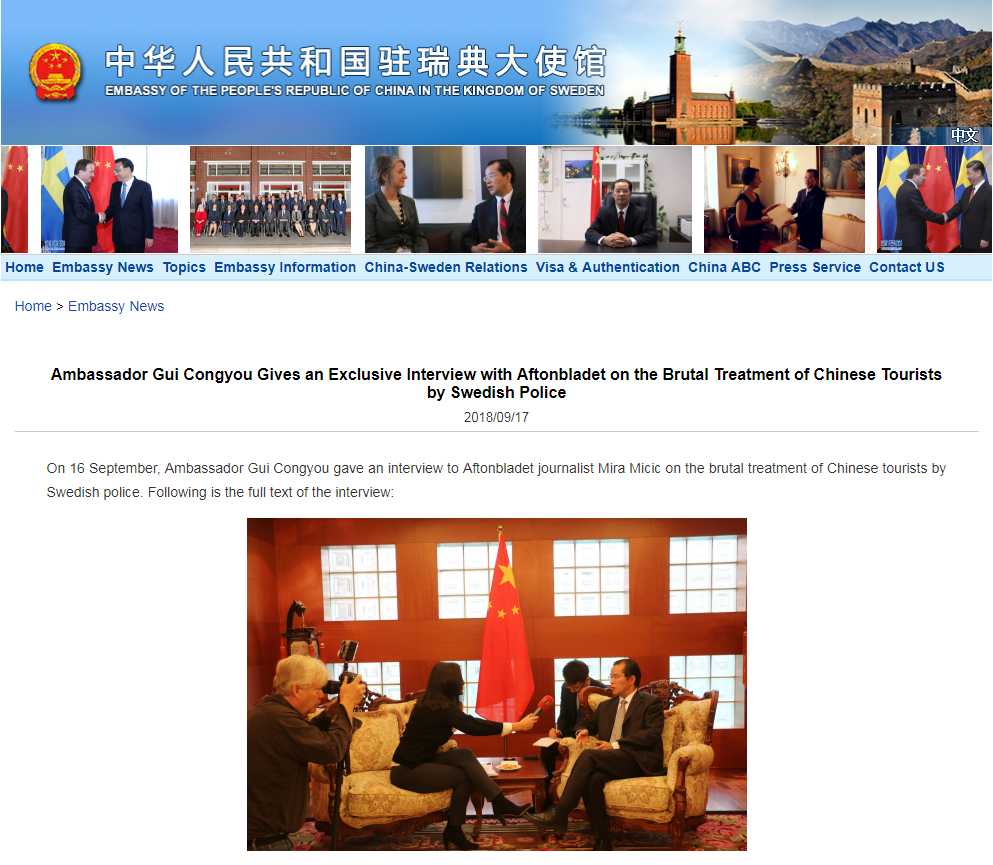 Gui answered that the embassy had reached to relevant parties to get details about the incident from different perspectives, informed the Swedish government and then requested a meeting with Swedish police. However, there is no response to the meeting request from the Swedish police.

Gui also clarified that the three Chinese tourists did have a reservation at the hotel and they just arrived several hours earlier and stressed that they did not break any Swedish law and urged the police to meet with the embassy. 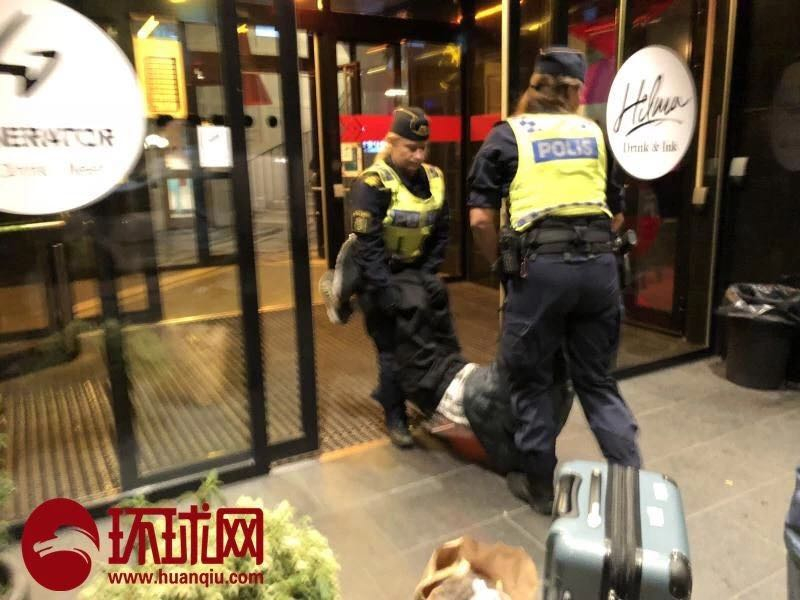 A Chinese family is dragged out of a hotel. (Photo: Global Times)

"We have received information from all parties involved, except the Swedish police," Gui said to the newspaper and questioned "Why were the three Chinese citizens treated so brutally by the Swedish police when they did not break any Swedish law?  Why has the police not informed the Chinese Embassy of the incident nor responded to the requests for a meeting?"

The journalist quickly explained that it frequently happens in Sweden that hotels call the police if tourists refuse to leave the property and the three stayed for a few more hours in the hotel after being told to leave. In that case, the hotel has the right to remove them according to Swedish law. 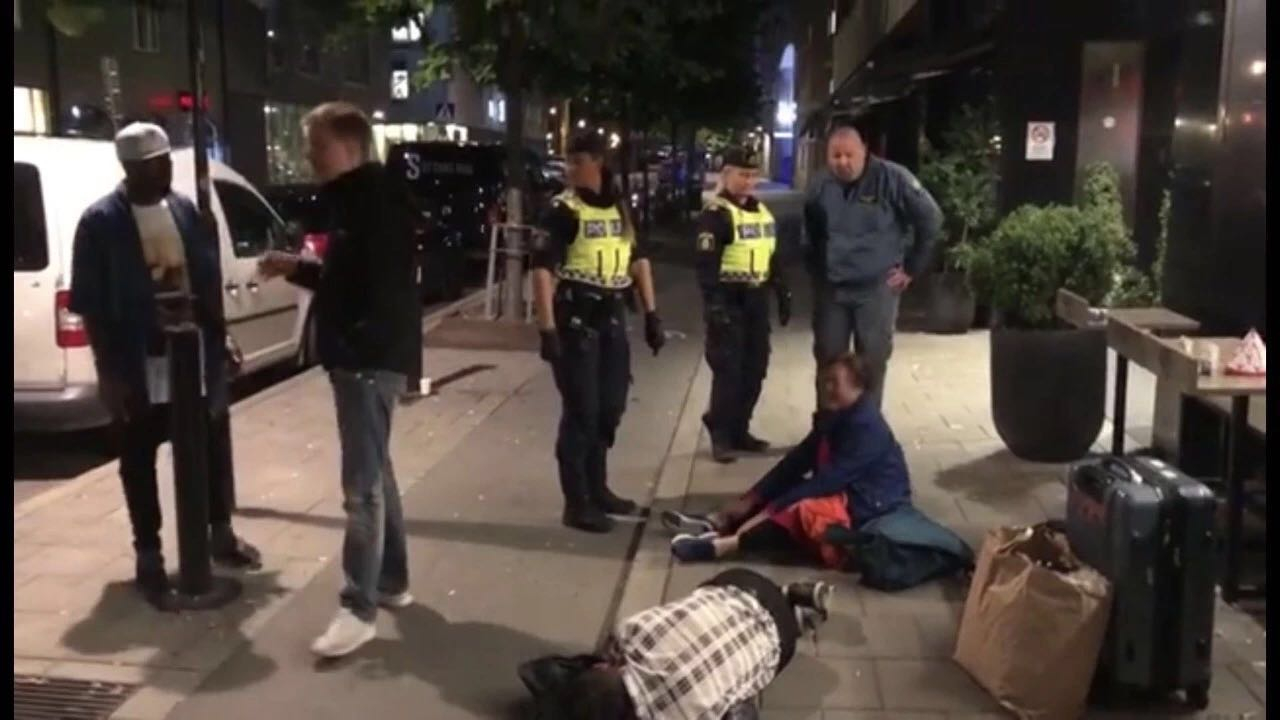 The family sits on the ground outside the hotel. (Photo: Global Times)

Gui answered, "If they did stay a few more hours in the hotel, it would already be dawn. But the whole thing happened during the late night. It was late at night, and they were in a country thousands of miles away from home where they did not know anyone. Arriving only a few hours earlier than the booking (time), they were actually already the hotel's guests and needed assistance from the hotel."

Concerning the police reportedly manhandling out the family of three, the journalist asked Gui what the improper behaviors of the Swedish police. Gui again asked, "Did the Chinese tourists break any law? If they did, why did the police and hotel not contact the Chinese Embassy immediately?"

"Had the Embassy been contacted, we would have provided assistance to the three Chinese tourists immediately," Gui added. 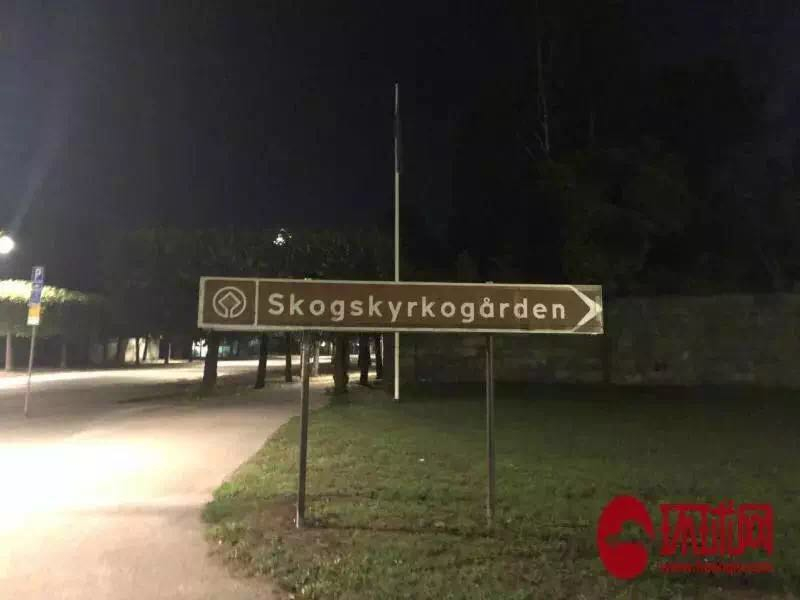 The graveyard where the family was dropped off. (Photo: Global Times)

The reporter also invited Gui to share his view on the security situation in Sweden as a travel alert to Sweden were issued.

"On average the embassy receives two reports of Chinese tourists' wallets or passports being robbed or stolen per day. Our colleagues often had to wake up midnight or work on weekends and holidays to replace their documents so that they could return home. We have raised the issue to almost all the relevant Swedish government departments, but none of them said it was their responsibility. Almost all of the robberies and thefts were reported to the police, but so far no case has received any reply from the police, not to say being solved." Gui explained.

He stated that the embassy had issued many such alerts and all Chinese embassies and consulates abroad need to issue travel alerts or warnings when local security is bad or deteriorating to ensure the safety of life and properties of Chinese citizens abroad.

At the end of the interview, Gui emphasized the importance of the relations between China and Sweden and hoped that the two countries could work with the same goal and develop bilateral relations on the basis of equality, mutual respect and win-win cooperation.

On Sunday, the Swedish Embassy in China published a statement on this incident via Weibo, saying that the police officers involved will be investigated if a complaint is filed and prosecutors will carry out the investigation on the complaint that the officers broke the law and neglected their duties.