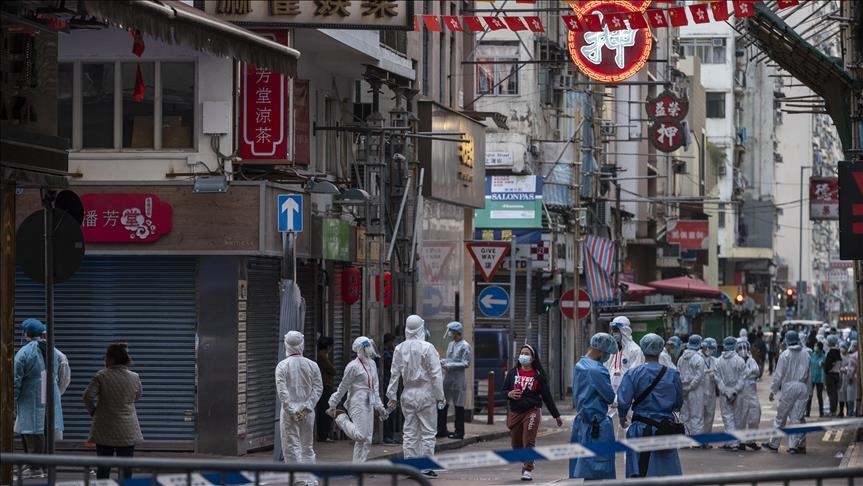 NICOSIA, Sept. 9 (Xinhua) -- COVID-19 origins tracing must be carried out in accordance with scientific principles and rules, Chinese Ambassador to Cyprus Liu Yantao has said.

The China-World Health Organization (WHO) joint study report on COVID-19 origins tracing has concluded that a lab leak of the virus is extremely unlikely, Liu told local media earlier this week, noting that the next phase of origins tracing "should be guided by the relevant WHO resolutions, done by scientists and based on evidence, and conducted in multiple places and regions around the world."

On the issue of origins tracing, China has always acted in the spirit of science, professionalism, seriousness and responsibility, and has twice invited WHO experts to visit China for research on that subject and provided the expert team with full support, the ambassador said.

He dismissed the U.S. intelligence community assessment on COVID-19's origins as "a political report that runs contrary to science, a scapegoating report that shifts the responsibility for the botched U.S. response to the pandemic, and a groundless report that smears China with fabricated evidence."

"This assessment is another testament to how the United States seeks to mislead and deceive the international community, just like the lie it spread alleging that Iraq possessed weapons of mass destruction using a bag of 'washing powder,'" Liu added.

Coronavirus cases were likely circulating undetected for months in the United States, Europe and other regions as early as September 2019, a lot earlier than the outbreak in China's Wuhan, the diplomat said, citing disclosed information and studies.

So far, over 80 countries across the world have written to the WHO in support of research on the virus' origins on a global scale, and oppose a politicized and conclusion-led origins tracing.

Liu called on science, solidarity and cooperation to win the fight against the pandemic. "China is committed to international cooperation in combating the virus as well as science-based origins tracing studies, and rejects the wrong approach of politicizing the efforts on these two fronts," he added.