CHINA Chinese ambassador to France proud of being titled 'wolf warrier,' vows to stand in the way of 'mad dogs' that attack China

Chinese ambassador to France proud of being titled 'wolf warrier,' vows to stand in the way of 'mad dogs' that attack China 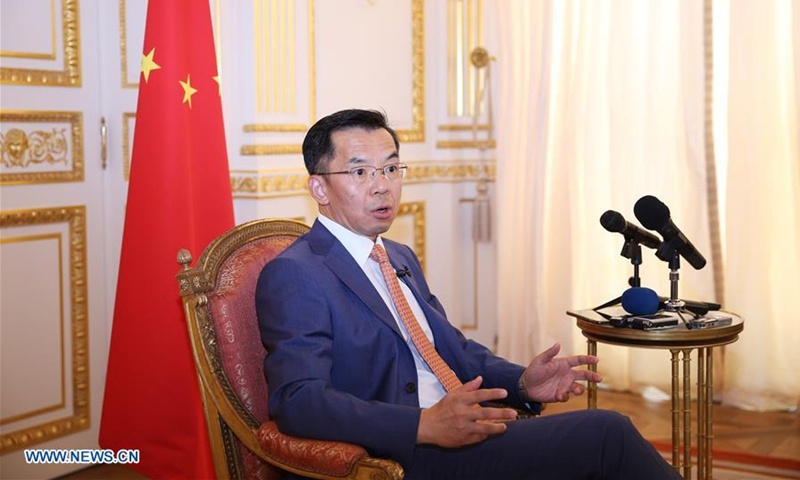 "Wolf warrior" is a form of praise in China, which symbolizes warriors who fight for their country, according to China's ambassador to France, noting that he is proud to be endowed with the title and he is determined to stand in the way of "mad dogs" that attack China.

In an interview with French newspaper L'Opinion, Ambassador Lu Shaye responded to questions including the centenary anniversary of the Communist Party of China, the pandemic, US ties, Taiwan, tensions with the EU, and Uygur minorities.

On the "wolf warrior" accusation, Lu said that people who accuse China's diplomacy as "wolf war diplomacy" are cowards, and it is those on the offensive who like to accuse the victims of being "aggressive."

China has never been an aggressor, yet in the past year, has been criticized at multiple fronts, Lu said, asking, "Don't we have the right to fight back and defend ourselves? This is not fair!"

The ambassador also said accusing China of "wolf warrior diplomacy" reflects the superiority, arrogance and centralism of the West. The West is accustomed to attacking and accusing others, and has never paid the price or been counterattacked. But this time China will fight back.

Lu said that in fact, "wolf warrior" is a positive term in China, referring to warriors who fight for their country. Since there are so many "mad dogs" attacking China, "I am honored to be awarded the title. We are fighters who stand in front of the motherland and fight for her, and we want to stand in the way of 'mad dogs' that attack China."

He also said that the embassy published stories online to let its voice be heard in public, yet many journalists, who disrespect professional ethics, got mad at the embassy's articles and labeled diplomats as "wolf warriors."

Lu said although they were accused by the media, they were also supported by the French people. And that the French people can access an alternative source of information via our publication, not just following the mainstream French media's distorted reports about China.