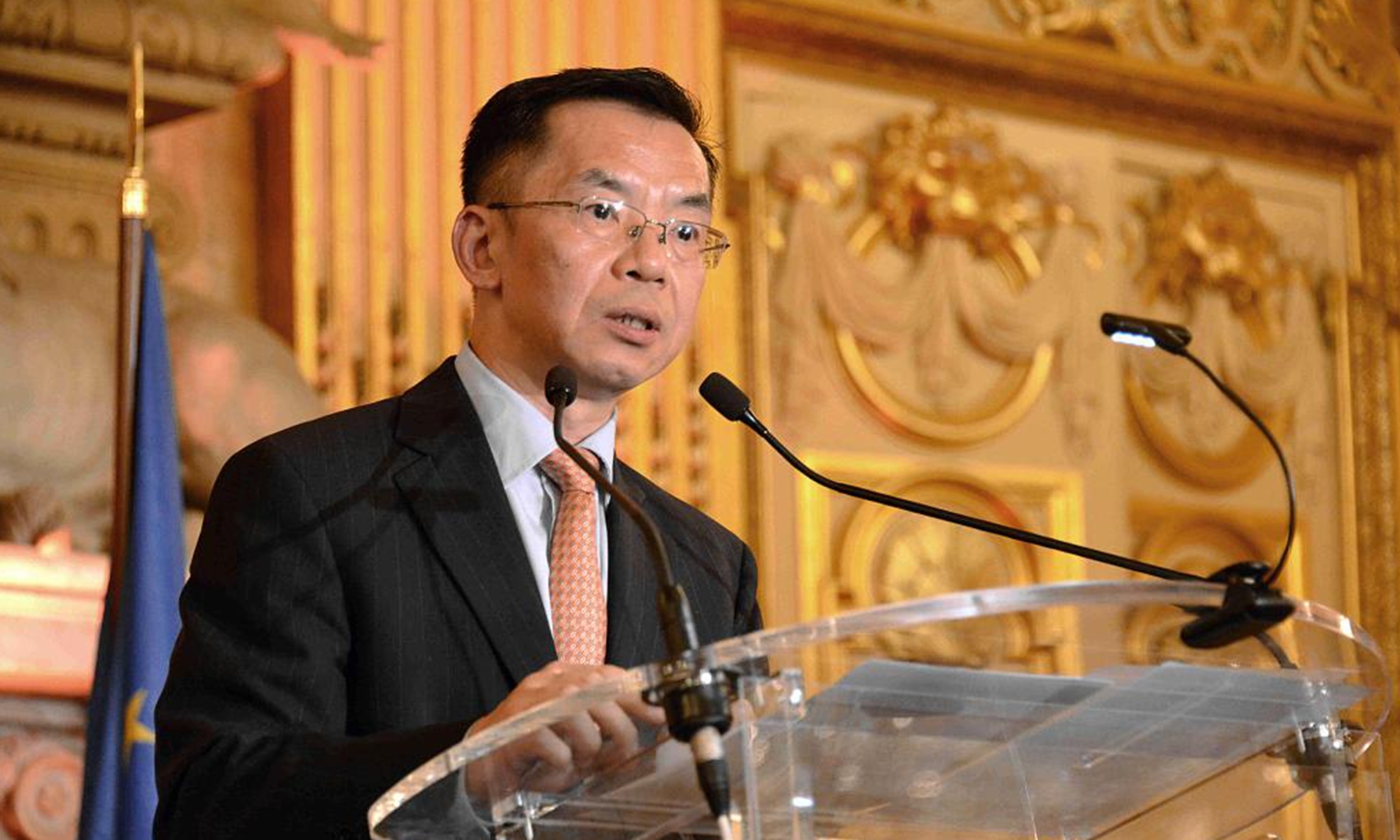 The US’ milking of the virus lab leak theory to attack China is a copycat of the “washing powder” lie that helped it start the Iraq War, and the WHO should prioritize the US’ Fort Detrick lab in next-stage investigations on the virus origins tracing, said China’s ambassador to France on Thursday.

In an interview with the French newspaper L’Opinion, Ambassador Lu Shaye responded to a series of questions including the centenary anniversary of the Communist Party of China, the pandemic, US, Taiwan, tensions with the EU, and Uygur minorities. Lu said there is a striking similarity between the modus operandi used by Washington to start the war in Iraq in 2003 and the suggestion that China created the virus.

“The same process is being repeated ... of imposing an accusation based on the presumption of guilt, then applying pressure by instrumentalizing and misleading public opinion,” he said.

The ambassador gave an example of US President Joe Biden’s ordering of its intelligence groups to investigate the lab leak theory. “This is no scientific research at all,” said Lu. The US also pictured scenarios of lab leak accidents in an attempt to open the door of the Wuhan Institute of Virology, said Lu, noting that those accusations were based on the lab leak accident of the US lab at Fort Detrick. But Western media has never reporter on the US lab.

Lu urged that virology laboratories in the US be placed under international scrutiny. Since speculation on lab leaks has always been there, the WHO’s next stage of investigation should focus on Fort Detrick, and the US should cooperate with the WHO like China did.

The ambassador also accused the US of using the pandemic to contain China’s rise, and jab at China for its own bungling of virus control.

China, the country that first reported the epidemic, has managed to keep the virus under control within two months. In sharp contrast, the pandemic is still ravaging the US, a country with the world’s most advanced medical resources, said Lu, noting that if someone should be held accountable, it should be countries like the US.