Chinese ambassador to India urges cooperation on epidemic and economy, insists on talks over border issue 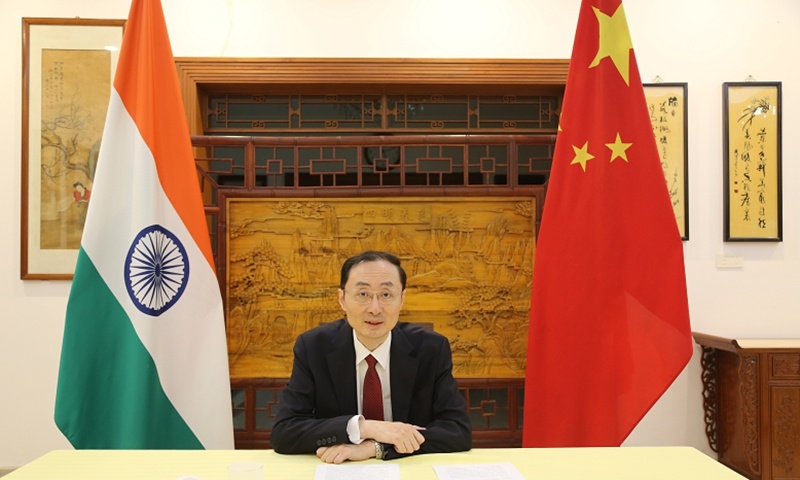 China and India should cooperate rather than confront each other, and focus on fighting COVID-19 and boosting economic recovery, Chinese Ambassador to India Sun Weidong said in his latest public speech, claiming that the boundary dispute is an issue left over from history that China insists on handling through negotiations.

The comments of the Chinese diplomat were made on the same day as Russian media outlet Independent reported that the warmer weather in the Himalayas may lead to a greater danger of clashes between China and India.

"The essence of the China-India relationship is about how to peacefully get along with each other, and cooperate to boost development as the two largest developing countries," Sun said, noting that as neighbors with populations of over 1 billion, the two countries share more common interests than divergences.

The boundary dispute is a question left over from history that should be placed properly in the bilateral relationship, and China insists on handling the disputes through negotiations while unswervingly upholding its determination to safeguard its sovereignty, security and development interests, the Chinese official elaborated.

The two sides should respect each other and treat each other equally, finding solutions through dialogue and negotiations, Sun said.

He also noted that China was one of the first countries to offer help to India amid the second wave of the COVID-19 epidemic in India, and exported over 100,000 oxygen concentrators, over 8,000 ventilators and about 100 million face masks to India in the first half of May alone. Recently, Chinese authorities also approved dozens of Indian planes to fly to China for transporting supplies, Sun added.