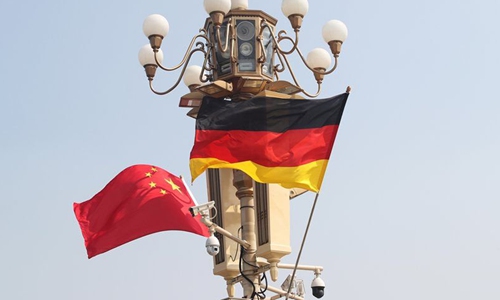 "German companies are not only leaders in investing in China, but also witnessing reform and opening up and benefiting from China's economic development," said Wu at a new year event of the Chamber of Commerce Schwarzwald-Baar-Heuberg attended by 2,200 people, most of them business representatives.

Wu said the total volume of trade between China and Germany in 2019 reached 200 billion US dollars. According to the German Chamber of Commerce, exports to China have created around 900,000 jobs in Germany, and around 6,000 German companies are currently investing in China.

At the beginning of the new year 2020, China published a new reform package and passed various laws and regulations on foreign investments, showing that the Chinese government is still endeavoring to open up to the outside world, according to Wu.

"We invite even more German companies to invest in China and also encourage Chinese companies to come to Germany and Europe," said Wu.

The Chinese ambassador said although Chinese investment is only a tenth of the investment of German companies in China, there are many voices such as "protection from China". The German Federal Government has revised the foreign trade regulation twice in recent years and tightened the investment review.

"We often hear that Chinese investors are still warmly welcomed in Germany, but on the other hand, it is hard to miss the fact that the tightening of the investment review is aimed precisely at Chinese companies," said Wu, adding that in recent years many Chinese companies that have invested or want to invest in Germany have experienced explicit or implicit hurdles.

"In China people wonder why Germany is closing its door, while the door of China is opening ever wider," said Wu.

"In my opinion, Germany must, in its own interest, speak out clearly against unilateralism and protectionism," he said.

Wu said that German Chancellor Angela Merkel had said clearly that there had been no suspected cases of China's tech firm Huawei so far.

According to the German Office for Information Security, no information has been received so far that there are intelligence activities in the field of technology, Wu said.

"There is a saying in China: Real gold is not afraid of fire. I hope that the German economy can have a keen eye and a rational voice on the subject of Huawei," the Chinese ambassador noted.