Chinese ambassador urges US to avoid strategic misjudgment on China 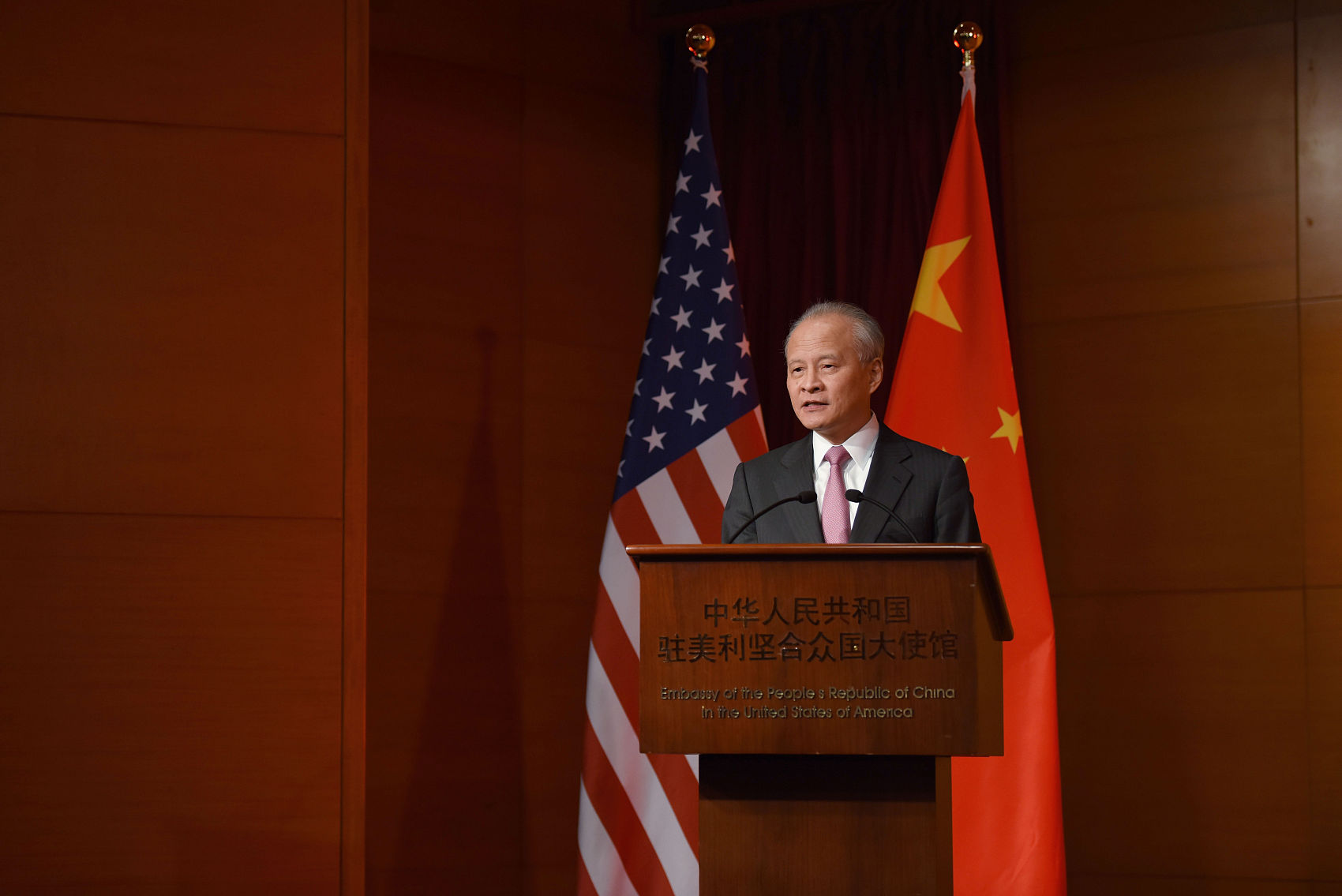 "China and the United States need mutual trust, not misjudgment," said Cui in his speech at the "China-U.S. Engagement: Past Achievements & Future Adjustments" Online Dialogue, organized by the Chinese People's Association for Peace and Disarmament and the Carter Center on Wednesday evening.

"Taking China as a strategic rival and imaginary enemy would be a huge strategic misjudgment. To develop any policy on the basis of that would only lead to grave strategic mistakes," he said.

"It is our firm belief that China and the United States can benefit from the prosperity and development of the other side. We may have competition, but we don't have to be rivals," he said. "Instead, we should strive to be partners."

He said that America would have to ask itself whether it can accept the development and prosperity of another nation, whose history, culture and political system are different, and live peacefully with it.

Throughout its 100-year history, the Communist Party of China has always upheld its mission to pursue happiness for the people and rejuvenation for the nation, said the ambassador.

"Everything we do is to meet the people's aspiration for a better life, not to challenge or displace any country," said Cui, adding "we always believe in harmony in diversity between countries and in a community with a shared future for mankind."