WASHINGTON, Sept. 13 (Xinhua) -- Chinese Ambassador to the United States Qin Gang on Monday urged Washington to "make earnest efforts" to improve bilateral ties, stressing the role of economic and trade cooperation as the "ballast and propeller" of China-U.S. relations. 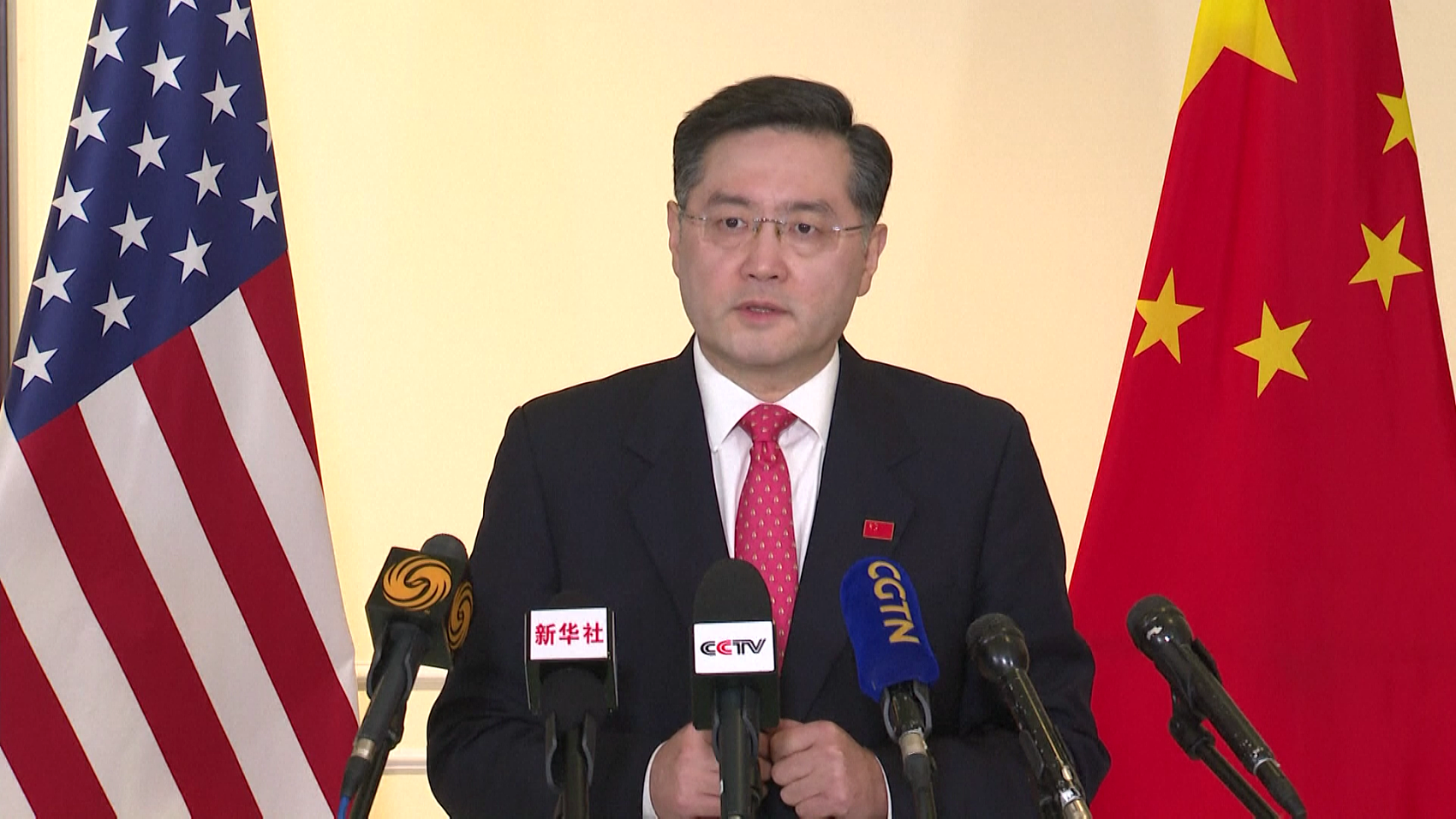 "If we compare China-U.S. relations to a giant ship, then economic and trade cooperation has been its ballast and propeller. When the ship sails against heavy winds and huge waves, we need to add more strength to the ballast and propeller," Qin said during a virtual meeting with board members of the U.S.-China Business Council (USCBC), featuring CEOs of some of the largest U.S. corporations.

Citing the latest survey of USCBC, Qin said that uncertainties caused by difficulties and challenges facing China-U.S. relations have been most worrisome to the American business community.

"What I can offer is the certainty from the Chinese side. China's economy is promising, its market potential is huge, and its door of opening-up will only open wider," Qin said, adding China will continue to welcome American companies to the Chinese market.

"To be frank, the difficulties and uncertainties in China-U.S. trade and business cooperation are not from the Chinese side," he said.

Qin noted that China has been faithfully implementing the phase-one trade agreement despite the pandemic, while the U.S. side has continued to impose sanctions and restrictions on China, including putting more than 900 Chinese entities on various lists of restrictions.

"This has directly affected Chinese companies' ability and willingness to purchase from the U.S. and has had a negative impact on the implementation of the agreement," he said.

"I hope that the U.S. side will meet with China halfway, follow the principles of mutual respect, equality and mutual benefit, and make earnest efforts to improve China-U.S. relations," said the Chinese ambassador.