Chinese clothing brand JNBY was fined 800,000 yuan ($120,140) by the market supervisor for using an incorrect national map on its official website, according to an administrative penalty record shown on business information site Tianyancha. 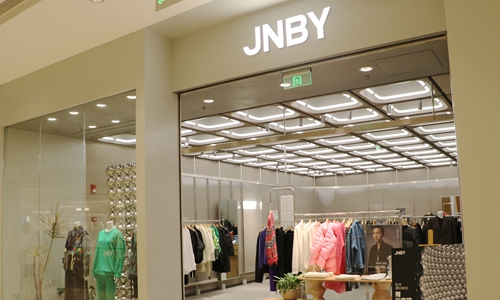 The Administration for Market Regulation of Xihu distrct in Hangzhou, East China's Zhejiang Province, said in the penalty record that the national map on JNBY's official website didn't illustrate correct boundary line for Taiwan Island, Hainan Island and Nanhai Zhudao (South China Sea Islands), which were not clearly marked out.

JNBY was caught last September for using inappropriate content on children' clothing, which were printed with messages such as "Welcome to Hell" and "Let me touch you," as well as prints of a Satan-like figure chopping off someone's leg, according to images posted by shoppers. The brand then apologized and removed the defective products.

Recently, a number of netizens pointed out a poppy-liked pattern and improper English sentences appeared on JNBY's children clothing line. A representative from the brand said they had received several reports about the design which they had referred to the headquarters, according to media reports.