Although India is known globally for the outsourcing of software services, the sector in China is becoming more competitive through innovation, as can be seen in Chinese dominance of the Indian app ecosystem in 2018. 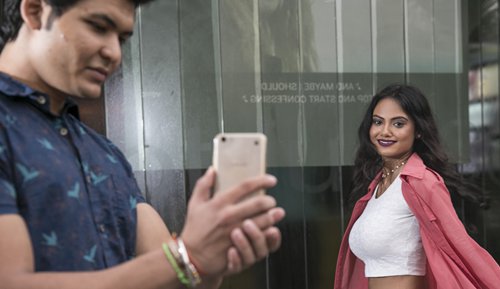 Chinese apps have become increasingly popular in India, including social content platforms such as Helo, entertainment and engagement apps like Tik Tok (often called the Instagram of India), and video- and live-streaming ones such as LiveMe, according to a recent report from India news site factordaily.com.

Chinese software enterprises, which evolved based on the internet, are more likely to win Indian customers through copying their development experience in the local market because the growth of India's internet sector lags behind China's by about five to seven years, said Zhang Yi, CEO of iiMedia Research Institute, a mobile internet consulting firm based in South China's Guangdong Province.

"Trying to provide localized services in the Indian market can help domestic companies as they pursue further growth there," Zhang told the Global Times on Monday.

Zhang expressed optimism on the outlook for Chinese software companies' growth in India, saying the domestic industry is innovative and good at research and development (R&D).

India has become widely known for outsourcing of software services, and many Chinese companies have gone to India to learn from local companies, Chen Luping, chief engineer with China Software Testing Center, told the Global Times on Monday.

India's outsourcing sector accounts for about 67 percent of the global market, according to information released by india-briefing.com.

China's software exports stood at $37.6 billion in 2017, up 9.7 percent year-on-year, according to a report on the digital economy issued by the Ministry of Commerce.

The software industry is not only related to writing codes. It now focuses more on the design of products, R&D, market adaptation and after-service software maintenance, activities in which Chinese companies have done better than their Indian counterparts, Chen said.

"China has accumulated more comprehensive competence in the industry thanks to its qualified staff, ample capital and large market demand," Chen noted.

Enterprise application software spending in China is estimated to have risen 18.9 percent year-on-year to $5.1 billion in 2018, while spending in India reached $2.5 billion, up 19.8 percent, according to US-based research firm Gartner.

Despite such advantages in industrial growth, both countries face similar challenges in exploring basic software such as operating systems and databases, areas where Western companies tend to lead, said Chen, noting more efforts are needed by China and India to further develop the sector.

India also has an edge in terms of skilled professionals with English language fluency and supportive government policies, Zhang said, adding that India has followed many good industrial traditions from the US.

India has put down deep roots in traditional R&D in the software business after years of cooperation with the US. However, the US dominates innovative planning while handing over some basic work to Indian companies, which otherwise dents India's innovative abilities, Zhang said.