BEIJING, Dec. 19 (Xinhua) -- Chinese authorities handled over 209,000 tip-offs from the public on pornography and illegal publications in the first 11 months of this year, up 61 percent from last year, a result of the country's increased efforts in responding to and rewarding valuable clues. 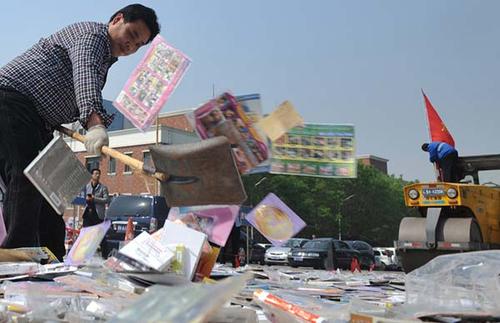 Statistics from the National Office for the Fight Against Pornography and Illegal Publications showed that as of Dec. 1, the office had handled over 198,000 tip-offs on cases involving pornographic information, more than 5,200 tip-offs on illegal publications and illegal religious publications, 4,046 on copyright infringement, and 1,216 on fake media and fake journalists.

The information was received via the Internet, phone calls, letters and visits in person, according to the office.

A total of 1,675 clues to major cases were handed over to relevant lower-level departments and led to the filing of 300 plus criminal and administrative cases.

As an incentive for public tip-offs, the authority has increased the reward for valuable information.

This year, 56 people were rewarded over 1.22 million yuan (about 174,000 U.S. dollars) in total for the information they provided.