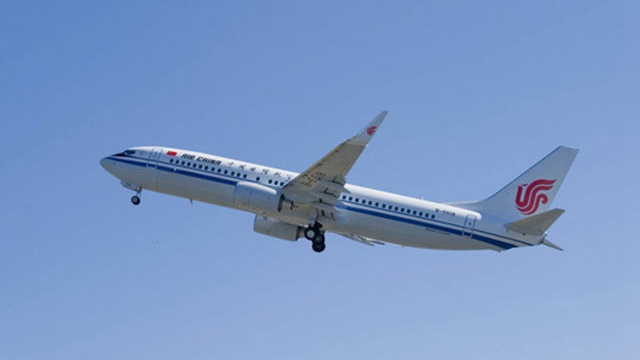 Aviation authorities have started an investigation into an Air China plane suddenly descending, reportedly because the cabin crew were smoking.

In a Weibo video released on Thursday by the Beijing News, a passenger onboard the CA106 flight from Hong Kong to northeast China’s Dalian filmed oxygen masks dangling from the cabin ceiling, along with an in-flight broadcast instructing passengers to put them on as the cabin pressure was dropping.

A passenger, surnamed Sun, told the Beijing News that the plane had descended to 4,000 meters from 11,000 meters, while the altitude was eventually maintained between 3,000 and 4,000 meters, according to his flight app.

“Passengers’ emotions were stable and no one was screaming because the flight had recently taken off. The oxygen masks were deployed immediately after the cabin crew started service,” Wang, a passenger, said.

@Hangbanguanjia, a verified Weibo account that specializes in airfares and flight information, published a post on Wednesday saying that the incident was caused by cabin crew smoking and wrongly turning off two units of the flight.

The post also explained that the cabin crew still continued with the flight once they were aware of the mistake, despite the deployed masks.

Though the post has been removed, it’s been reposted many times on Weibo under a Chinese hashtag, #香港飞大连国航急降# with over 9.6 million users checking the hashtag and more than 2,000 joining the discussion.

“Smoking? OMG! Please revoke the pilots’ license, fire them, investigate and determine who is responsible for the incident,” @Chunbaichunbaideyitian commented on Weibo.

“See, we never know what’s going on in the cockpit,” @Lvxingyushijiejintou responded sarcastically.

“We trust the safety of Air China in China so we just put up with the bad meals when we fly. Hope [the related authorities] can seriously investigate the incident,” @Suifengfeiwudexiaoyanzi posted.

The flight safely landed in Dalian at 9:45 p.m., around 20 minutes later than the scheduled time. Both the Northeast Regional Administration of Civil Aviation Administration of China (CAAC) and Air China have given statements on the incident, and an ad hoc team has joined the investigation to talk with the cabin crew and collect information from the flight data recorder (FDR) and the cockpit voice recorder (CVR) for further analyses.

The CAAC passed a regulation in 1997 stipulating that smoking is not allowed in the cabins and lavatories of domestic airlines and smoking has also been completely banned on international airlines. One cannot smoke on flights which are parked on the ground, either.