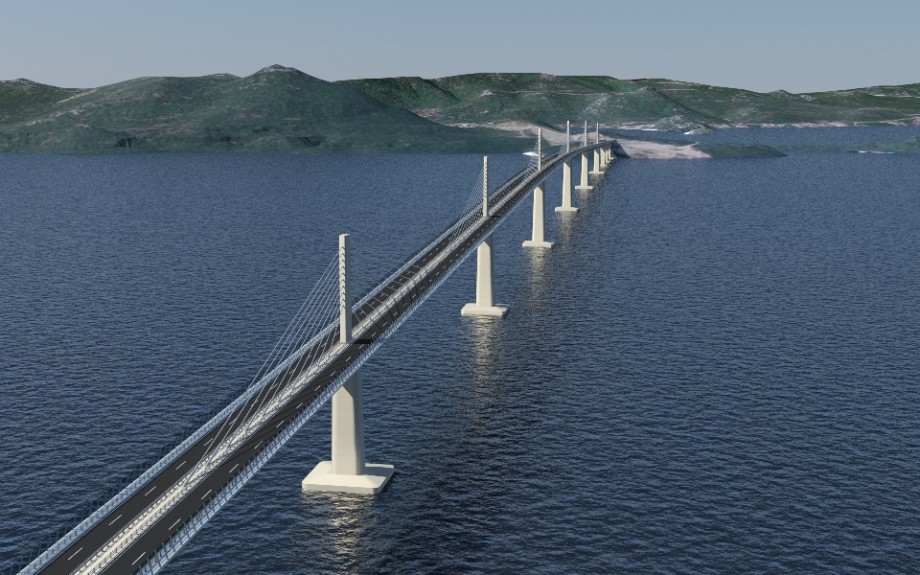 The Chinese bid to build Peljesac Bridge brings benefits to Croatia and contributes to the rational spending of EU funds, said former Croatian President Ivo Josipovic during an exclusive interview with Xinhua on Monday.

China has shown itself as a country that opens up many new opportunities and advances the market with its offers. The Chinese bid to build Peljesac Bridge brings benefits to Croatia, said Josipovic who served as Croatian president from 2010 to 2015.

The Peljesac Bridge, one of the most strategic infrastructure projects in Croatia, will connect the southernmost part of Croatia around Dubrovnik with the rest of the mainland. A Chinese consortium led by China Road and Bridge Corporation won the bid for the project in January, but was challenged days later by competitors who accused the winner of offering "dumping prices" and using "state aids" in the bid.

The appeals of Austrian construction firm Strabag and an Italian-Turkish consortium were rejected by Croatia's State Commission for Control of Public Procurement Procedure (DKOM) in late March for lack of evidence. DKOM decided that the Chinese consortium had fulfilled all technical conditions for the project and that the price claims in the appeal were not accurate.

According to Josipovic, also current party president of Forward Croatia, the European Union (EU) is a desirable market for China, just as the Chinese market can be attractive to European companies. Croatia has been able to make use of positive moves in the economic relations between China and the EU and strengthen its cooperation with China.

"I hope that the deal with the Peljesac Bridge will not be an exception in bilateral relations, but the beginning of much more intense economic, cultural and other relationships. From China, a state like Croatia can learn a lot," said the former president.