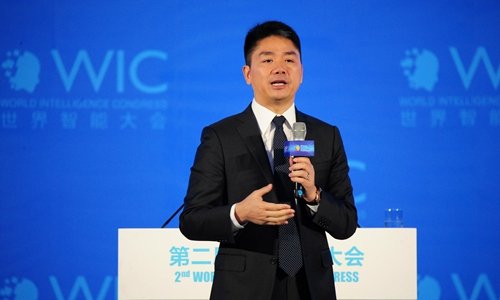 Richard Liu Qiangdong, founder and former CEO of Chinese e-commerce giant JD.com, has agreed to settle a lawsuit brought by a former University of Minnesota student who accused him of raping her, attorneys from both sides announced late Saturday, ending nearly four years of legal battle. Details of the settlement was not disclosed.

In a joint announcement published on Saturday night, US time, they said that “the incident between Ms. Liu Jingyao (the student) and Mr. Liu Qiangdong in Minnesota in 2018 resulted in a misunderstanding that has consumed substantial public attention and brought profound suffering to the parties and their families. Today, the parties agreed to set aside their differences, and settle their legal dispute in order to avoid further pain and suffering caused by the lawsuit.”

The settlement was announced just two days before the civil trial was set to begin in a Minneapolis court. On Friday, a jury of seven men and five women had been picked to hear the case.

On Sunday, Richard Liu, who stepped down as CEO of JD.com this year, also issued a statement, expressing apology especially for his wife. "I want to once again express my regrets to all those troubled by this incident, especially my wife, and I hope my life and work can return to normal as soon as possible," Liu said.

Liu Jingyao alleges the incident happened in 2018 while Richard Liu was in Minneapolis for a weeklong residency in the University of Minnesota’s doctor of business administration China program. Liu Jingyao was also invited to participate in the program at the time.

Richard Liu was arrested in August 2018 on suspicion of felony rape, but prosecutors said there were "serious evidentiary problems" in the case and declined to bring criminal charges.

Later Liu Jingyao sued Richard Liu and JD.com in 2019, alleging sexual assault and battery, and asked for compensation of $50,000, without capping.