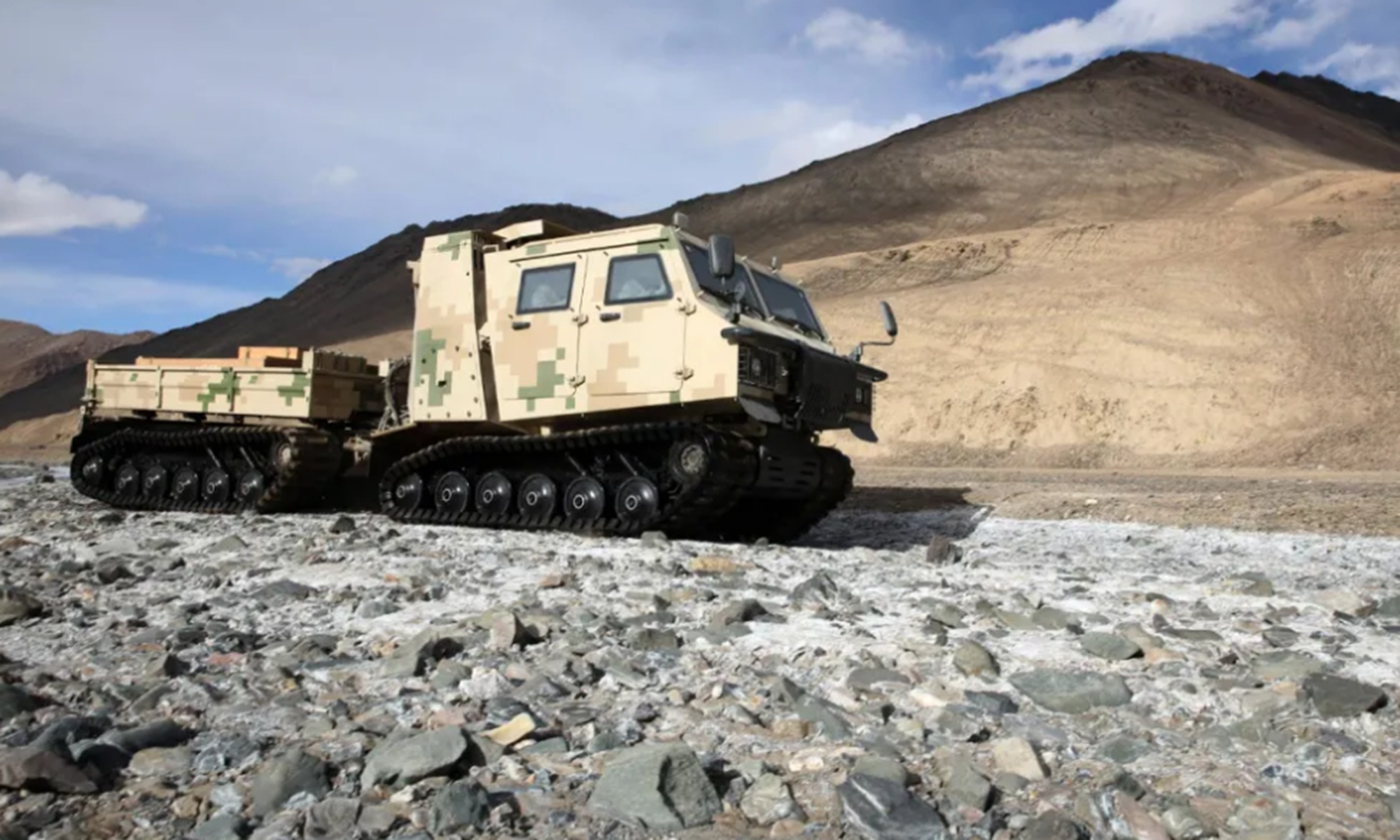 The Chinese People's Liberation Army (PLA) Xinjiang Military Command has received a new type of all-terrain vehicle, which is expected to ensure logistics support to plateau border defense troops as winter draws close and as China-India border tensions again risk rising after the latest military talks failed to reach an agreement due to unrealistic Indian demands.

The unit that commissioned the new vehicle is garrisoned at a high-altitude, snowy border region that is extremely cold, lacks oxygen and has a complex terrain, which causes difficulties in logistics support including the transport of supplies, the PLA Xinjiang Military Command revealed in a release published on its WeChat account on Sunday

After several on-the-spot investigations, the vehicle was tailored to suit the needs of the troops, as it uses caterpillar tracks that aren't made from metal. These tracks are sturdy, do not damage road surfaces, have high mobility and can carry heavy loads, the command said.

The vehicle can traverse freely in complex terrains like shallow river banks, deserts, mountains and snowfields even under bad weather conditions, and provide reliable support to the supply transportation of plateau troops, the release said. It didn't reveal the designation of the new vehicle.

"There is no need to worry that we will run out of living materials this winter," the release quoted a soldier as saying.

"Logistics support is very important to the military, particularly at locations with challenging natural environments. This specially designed all-terrain vehicle will serve this purpose well and allow the troops to be at 100 percent combat readiness at all times," a Chinese military expert told the Global Times on Monday, requesting anonymity.

According to a report by China Central Television (CCTV), some PLA units started to use this type of vehicle in January, but it was not revealed at that time if it was being used by the Xinjiang Military Command.

The new all-terrain vehicle can tread over slopes of 35 degrees and deliver 1.5 tons of goods to troops stationed at altitudes higher than 5,000 meters, CCTV reported.

The delivery of the vehicle comes at a time when China and India failed to reach an agreement during the 13th round of corps commander-level talks over issues related to the western section of the China-India border, with the PLA Western Theater Command slamming India for its unreasonable and unrealistic demands on October 11.

Several Chinese experts reached by the Global Times warned at the time that China needs to brace for the possibility of further Indian military aggression, as India is risking a new round of conflict.