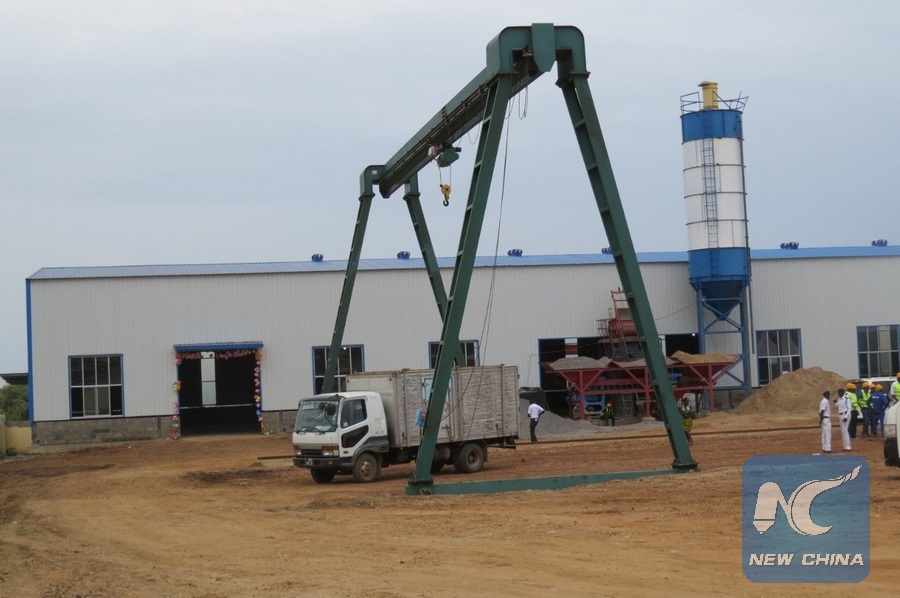 The South Sudan government has launched a factory producing concrete poles that will facilitate an ambitious project done by a Chinese company to rehabilitate and expand the Power Distribution System in Juba, its capital.

The Minister of Dams and Electricity, Dhieu Mathok, said that the factory, rented by Power China, will produce some 13,350 poles for the electricity distribution in the capital and other states.

"The main objective of this project is to increase the supply capacity and reliability of the power distribution system in Juba. Access to the grid will replace the use of generators by the population, allow supply of energy at more affordable price and, hence contribute toward economic growth and poverty eradication in South Sudan," Mathok said during the inauguration of the plant along the Yei road in Juba.

He disclosed that it will help solve the problem associated with non-availability of concrete poles for the project and to mitigate the risk of importing poles from other countries.

"This factory will create positive impact on the construction of the national grid in South Sudan. It is owned by South Sudanese business people but currently it has been taken over by Power China for a brief period of one year," he said.

South Sudan is largely generator driven economy with continued electricity blackout in the wake of the collapse of the generator power plant operated by the South Sudan Electricity Corporation (SSEC) in 2013.

Wang Cun, an official with Power China said they got the contract to build the electricity project in June 2016 and that they will continue to support South Sudanese staff with skills and knowledge and also work with the government on several major power projects.

"We have achieved much from these projects and we also suffered much from the instability and continuous conflicts all these years, but we confirm and believe the year of 2018 will be a year of peace and development in South Sudan," Wang said, adding that the company has been operating in South Sudan since 2009. 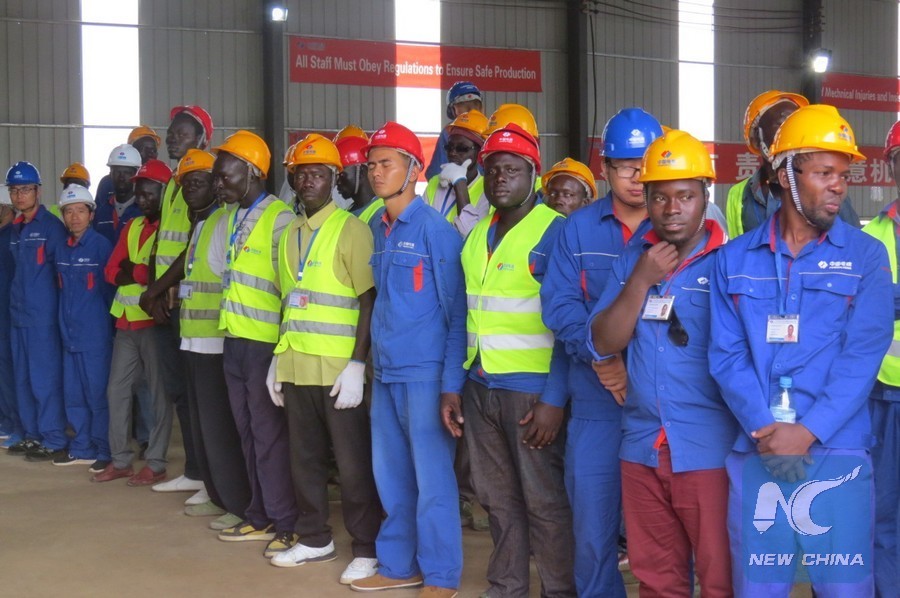 Chinese and South Sudanese engineers are seen during the launch of the newly built power poles factory along Yei road in Juba, capital of South Sudan, April 16, 2018. (Photo: Xinhua)

He disclosed that Power China has conducted several projects before South Sudan won independence from Sudan in 2011 such as the peace road project from Renk to Malakal, Maridi water plant and Malakal municipal road projects.

Wang said they will immediately reorganize all necessary resources to increase post-production capacity and immediately shall commence the erection of these poles to all corners of Juba city and start the distribution.

"We shall do as we did before to recruit more local technicians, engineers and laborers during the construction period, so that they are there in place for similar projects in the near future. We shall make more efforts to improve these local staffs' working environment and to realize sustainable development of Power China and Sino-hydro in South Sudan," said Wang.

Power China has been committing itself in the economic development of South Sudan and has signed eight commercial contracts with the government of South Sudan since independence like the Juba-hydro power project and the Tharjiath thermal power plant project.

Liu Xiaodong, the Charge d'Affaires at the Chinese embassy in South Sudan, said Power China has been working very hard in the engineering and procurement in the earlier stage of the project and also thanked the South Sudan government and the African Development Bank for their strong support.

Liu added upon completion Juba will have an upgraded power distribution system with 2,250 lighting points along the main roads in the capital and lamps will be LED ones.

The project falls under the Juba Power Distribution System Rehabilitation and Expansion Project, which was funded by the African Development Bank (AfDB).