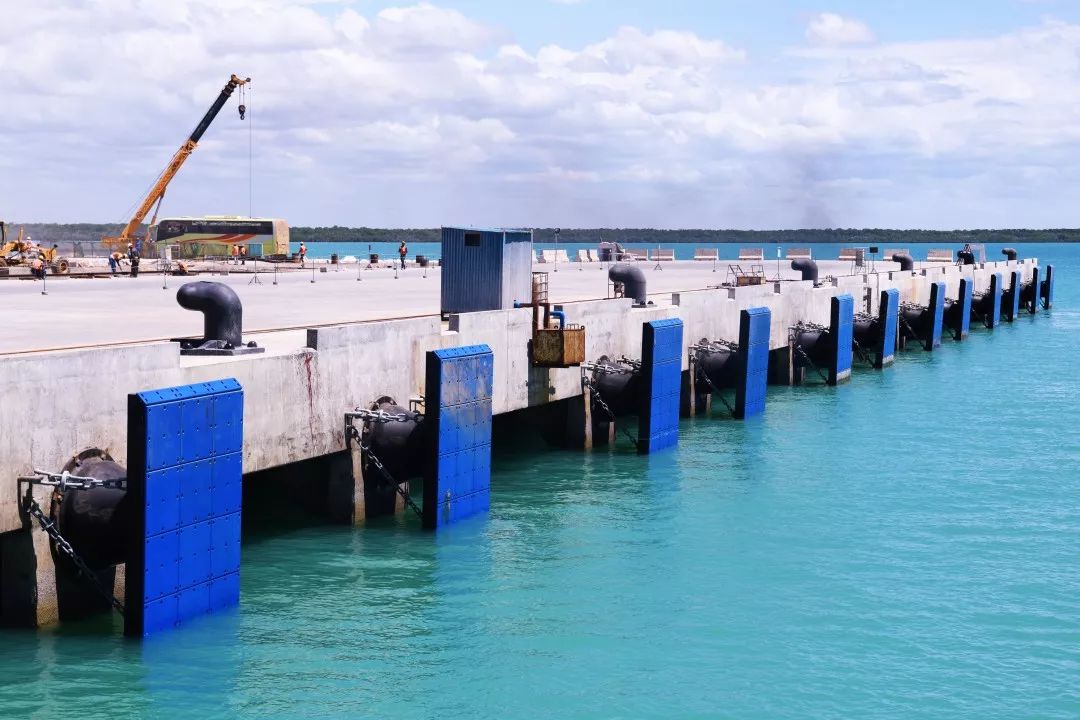 LAMU, Kenya, May 20 (Xinhua) -- With the arrival of two ships, Kenya's Lamu seaport built by a Chinese firm starts operations on Thursday.

The ships arrived from Mombasa and Dar-es-Salaam ports and docked at the new harbor, marking a major milestone for the regional Lamu Port-South Sudan-Ethiopia Transport Corridor project (LAPSSET) launched in 2012.

Lamu Port, which is being built by China Communications Construction Company, is part of Kenya's bid to become the major trade hub in East Africa. It can handle large vessels with a carrying capacity ranging from 12,000 to 18,000 twenty-foot equivalent units (TEUs).

President Uhuru Kenyatta who presided over the operationalization of the first berth of the new deep-water port also witnessed the docking of Maersk-operated MV Cap Carmel and MV Seago Bremerhavel, the first and second vessels to dock at the new port respectively.

He said the new port will position Kenya's economy on the continent and globally, aiding the country's post-COVID recovery.

Kenyatta said the Lamu Port is strategically located at the convergence of major shipping routes, saying its operationalization will open up northern Kenya to international trade, thereby fortifying the country's position as a top economic gateway to Africa.

"With one of the deep-water harbors on the east coast of Africa, Lamu Port has the potential to become a premier transshipment hub for all cargo destined for the continent. Furthermore, Lamu now joins Mombasa Port as a key entry and exit point of cargo, deep into and out of Africa's hinterland," he said.

Kenyatta said Lamu Port reflects Kenya's boldness and clarity of vision as it strives to become a prosperous and newly industrialized, middle-income country by the year 2030.

When completed, the 310 billion shillings (2.86 billion U.S. dollar) port will have 32 berths, 29 of which will be financed by the private sector, making it the largest seaport in Sub-Saharan Africa.

If all the proposed berths are completed, the regional project will include roads, oil, and fiber-optic lines, a 1,500 km railway, an airport, and a refinery, and will require an investment of 23 billion dollars.