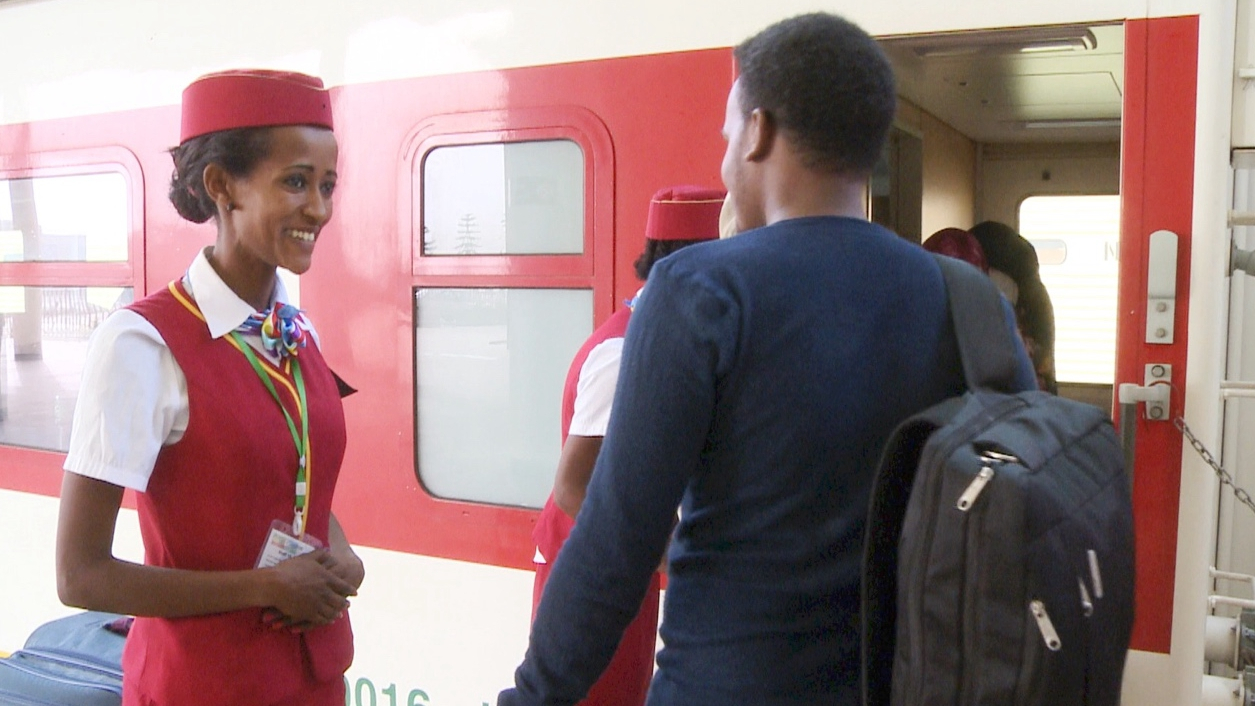 Some 600 Ethiopian youngsters are participating in a training program given by Chinese experts to learn how to manage the Addis Ababa-Djibouti Railway. The nearly four billion US dollar rail network began commercial operations in January of this year.

Saliha Muhammed is an intern-captain on the Addis Ababa-Djibouti Railway and she is among hundreds of Ethiopians benefiting from the China-aided knowledge transfer program. She told CGTN that her country does not have a systemized standard for operating electric trains, and they are keen on managing the whole set of rules by themselves.

Li Youying, a 20-year veteran train captain now in her 50s, joined the railway line to facilitate the knowledge transfer program in late January, shortly after its commercial operations began on Jan. 1.

Regarding the captain and attendants training, Li told CGTN, that it began with train-service etiquette. Li also shared with them the know-how and techniques for operating a passenger rail transport.

Contracted by China Railway Group and China Civil Engineering Construction Corporation, the railway cuts the travel time between the cities from three days to 12 hours. Along with the freight service it provides, this network spurs Ethiopia's transport efficiency and will drive the country closer to its industrial ambitions.

Its delivery capacity is also on the rise. As of August this year, the railway had seen nearly 90,000 passenger trips. Until the end of 2023, Chinese companies will be responsible for the rail line's operation, preparing local staff for an eventual takeover.

To a large extent, the sprawling railway line will transform how people and goods move in and around Ethiopia. It also brings golden opportunities for the expansion of Chinese companies into overseas markets, and helps share China's valuable experiences with more countries in need.