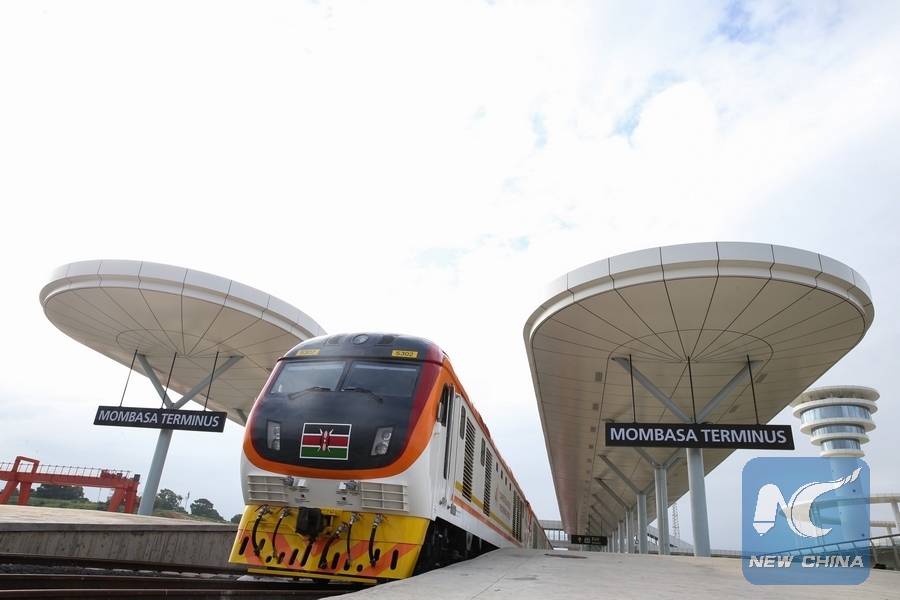 A train is seen at Mombasa Terminus of Mombasa-Nairobi Standard Gauge Railway, in Kenya, on June 1, 2017. Photo: Xinhua/Pan Siwei

Kenya's Chinese-built Standard Gauge Railway (SGR) is promoting trade amongst East African countries as well as with the rest of the world, the regional business body has said.

East African Business Council (EABC) Executive Director Lilian Awinja told Xinhua in Nairobi on Wednesday that the facility that runs from the coastal town of Mombasa to capital city of Nairobi has made it easier for traders in South Sudan, Uganda and northern Tanzania to move their goods and receive them from the rest of the world.

"The SGR has reduced the travel time for imports and exports out of the East African region," Awinja said during a media briefing on the inaugural EABC Business Excellence Awards slated for March 25.

The awards are aimed at showcasing and celebrating businesses that have achieved excellence in various aspects of their operations across East Africa.

Awinja said that before the completion of the SGR, traders in the East African hinterland used to rely on the road network to move their goods across the region.

"However, the SGR has introduced efficiency in the logistics sector that has seen the transport costs reduce dramatically," she said.

The executive director said intra-EAC trade is set to expand even further once Uganda and Rwanda complete construction of their respective SGRs.