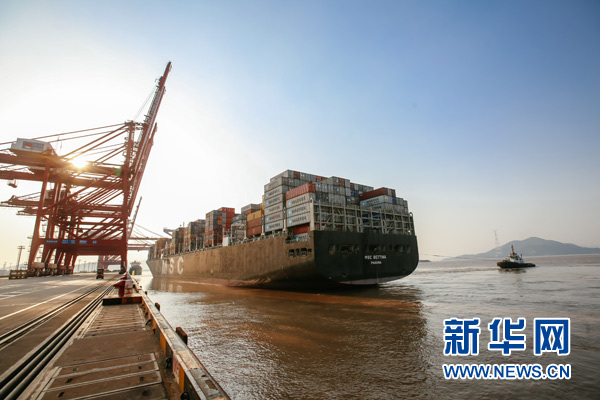 Freeland briefed Wang on the signing of the United States-Mexico-Canada Agreement (USMCA), saying any free trade agreement should be open, inclusive but not exclusive, and that the USMCA should not harm the rights and interests of other countries.

Canada will advance negotiations on free trade agreements with other countries based on its own decisions, the foreign minister said.

Canada stands ready to join other countries including China in holding fast to a rule-based multilateral trading system and opposing trade protectionism, she said.

The Canadian side looks forward to strengthening the strategic partnership with China and expanding communication and cooperation in various fields, she said.

Wang said China has always held fast to free trade, advocated safeguarding a multilateral trading system with the World Trade Organization at its core, and opposed trade protectionism in any form and double-standard practices.

Any attempt to hinder China from achieving modernization will not prevail, Wang said.

He called on Canada to join China in safeguarding the global free trade system and promote the creation of a free trade area between China and Canada.