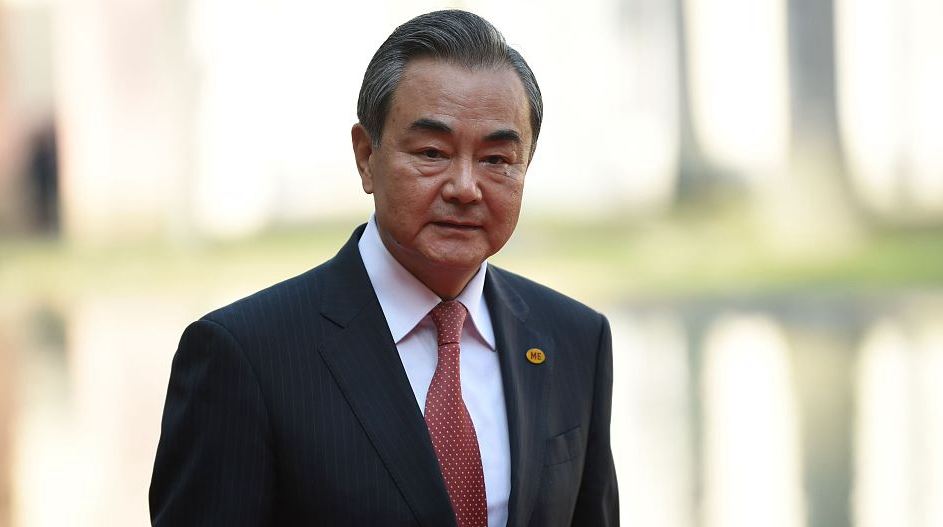 During their conversation, Wang said that the people of China and Canada have enjoyed long-term friendly exchanges, noting that Canada is one of the first Western countries to establish diplomatic ties with the People's Republic of China (PRC).

However, in recent years, China-Canada relations have suffered a serious setback due to the Meng Wanzhou case, which is something we do not want to see, Wang said.

The essence of this case lies in the U.S. suppression over Chinese high-tech enterprises by coercion, a shameful behavior that everyone could see clearly, Wang said.

No country should act as a facilitator of such unilateral bullying, and any country targeted by the U.S. approach has the right to make necessary responses, he added.

Noting that China always views and handles China-Canada relations from a strategic and long-term perspective, Wang said the current situation of bilateral relations is not in the interests of both countries, calling on Canada to face up to the problems and cooperate with China. He further put forward three proposals in this regard.

China's political system and development path are the Chinese people's own choices, which have inevitable historical logic and are in line with China's national conditions and its people's needs, said Wang.

China's development and progress are not only the legitimate right of its 1.4 billion people, but also an important part of the modernization of all mankind, he said.

China and Canada have no historical disputes or real conflict of interest. China hopes that Canada, in spirit of mutual benefit and win-win, will do more to enhance mutual trust and promote bilateral relations, Wang said.

Secondly, the two countries should respect each other's core interests and not create new obstacles to the development of bilateral relations.

Noting that the elder generation of leaders of the two countries surmounted obstacles to reach the decision to establish diplomatic ties, Wang said there are many good stories and traditions in China-Canada exchanges that should be cherished and carried forward.

Joly said Canada is one of the first countries to recognize the PRC, and Canada-China relations enjoy a solid foundation, adding that Canada respects China's sovereignty, system and the choices made independently by the Chinese people, and positively recognizes China's great achievements in development, especially in reducing poverty.

Canada-China relations during this period of time, he said, are at a difficult stage, and Canada is willing to treat China with sincerity and respect and take a forward-looking approach so as to push bilateral ties back on track and build a more resilient bilateral relationship.

Canada appreciates China's important contributions to the global anti-pandemic fight, and is willing to strengthen cooperation with China on climate change, environmental protection and the fight against COVID-19, he added.

The two sides also exchanged views on the Ukraine issue.

Noting that Chinese President Xi Jinping has made a comprehensive and authoritative elaboration about China's position on the issue, Wang said China calls on all parties to think with calm and rationality, create opportunities for peace and open up prospects for negotiations.

The negotiations are now facing setbacks and difficulties, but as long as the talks persist, there will be a possible cease-fire, hence a hope of peace, said Wang, adding that China will continue to play a constructive role to this end in an objective and just manner.

Joly said the Canadian side is ready to maintain communication with the Chinese side.