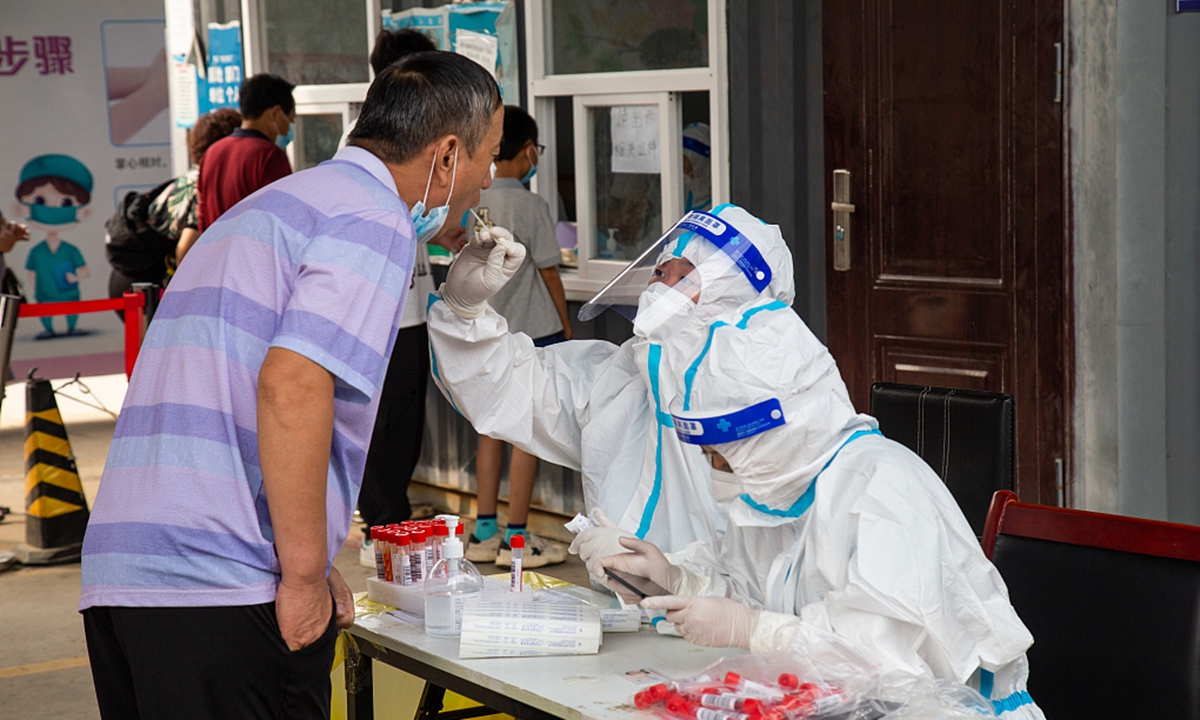 Chinese cities including Beijing, Shanghai, Nanjing and Xi'an have advised residents to stay put as the upcoming National Day holidays approach, as a way to reduce the risk of spreading the epidemic amid flare-ups across the country. Experts have noted that residents should remain cautious as the country still faces pressure to curb the virus.

The Chinese mainland on Sunday reported 235 local confirmed COVID-19 cases including 154 cases in Southwest China's Guizhou Province and 35 in Sichuan Province. There were 597 asymptomatic carriers including 184 in Northwest China's Ningxia Hui Autonomous Region, the National Health Commission said on Monday.

Beijing's Center for Disease Control and Prevention on Monday released a reminder to advise residents to stay put in Beijing during the National Day holidays. The center also asked residents to continue to understand and support the epidemic prevention efforts and to avoid risky regions.

The center advised residents to go on outings in parks or other areas with less people and to pay attention to personal hygiene.

Along with Beijing, some other cities including Shanghai, Nanjing in East China's Jiangsu Province, Xi'an in Northwest China's Shaanxi Province and Huzhou in East China's Zhejiang Province have also released similar notices advising residents to stay put during the holidays.

China has strengthened a series of anti-epidemic measures this month including advising residents to stay put for the holidays, as large flows of people and gatherings bring more risks of COVID-19 flare-ups.

Chengdu, capital of Sichuan with more than 21 million residents, was put under near-static management for two weeks to cope with a surging number of COVID-19 cases recently. Chengdu Travel Agency Association on Monday released a proposal to call on all the travel agencies in the city to obey the national epidemic prevention and control measures including strict control of group travel to other cities and not organizing for tourists to visit risky regions.

An employee from Sichuan Kanghui International Travel Agency told the Global Times on Monday that bookings for cross-city group travel have been very limited and the company is strictly following the country's epidemic prevention measures.