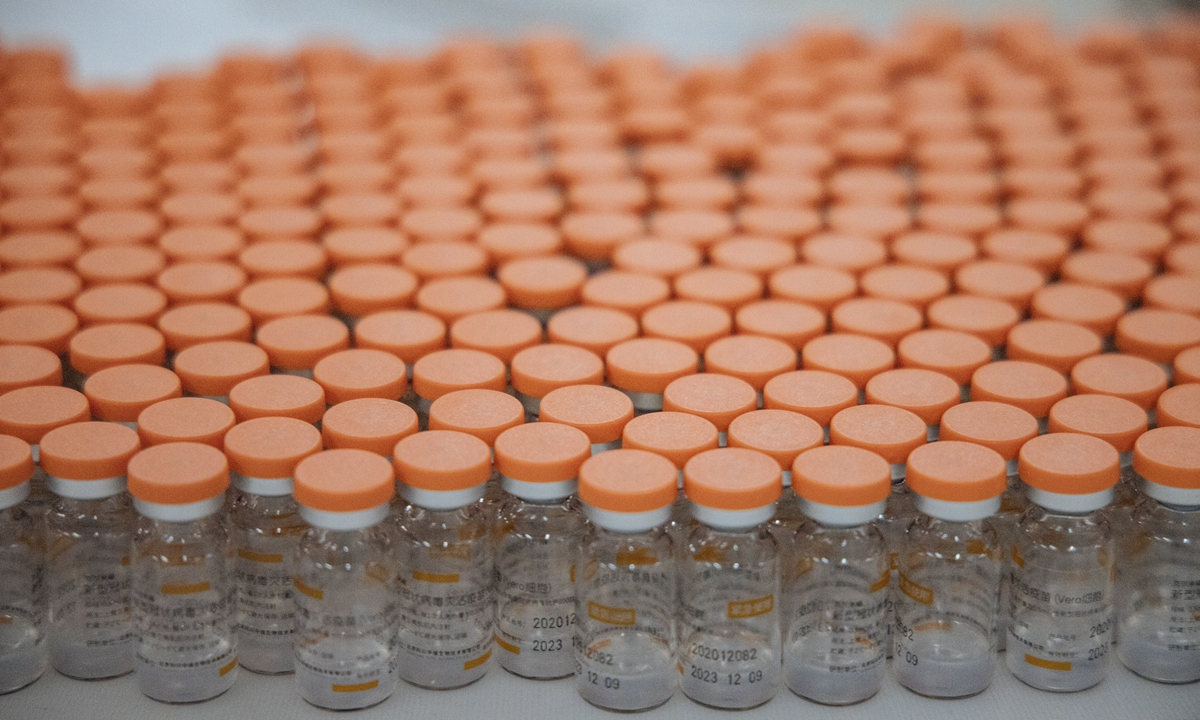 Five medical centers in Shenzhen will be open for free vaccinations. The key personnel list includes people going to work and study abroad, and those employed in the cold-chain food industry, isolation centers, medical institutions and public transportation, and other high-risk sites, local media reported on Saturday.

In Hefei, East China's Anhui Province, nearly 60 cold-chain workers in the Luyang district were inoculated over the weekend during a project that plans to complete the vaccination of more than 1,000 people in a couple of days.

The gradual roll-out of vaccination projects around China is important for the country's overall epidemic prevention and control work, as many cities have seen sporadic outbreaks recently, Wang Peiyu, a deputy head of Peking University's School of Public Health, told the Global Times on Sunday.

Wang said that the epidemic situation might become increasingly challenging as the New Year holidays come with large flow of peoples. He believed more cities will follow suit in carrying out vaccination projects.

More vaccines will be put into use for the public as they are approved for the market, according to China's National Health Commission.

A woman surnamed Guo working in Shenzhen told the Global Times on Sunday that some of her colleagues who are studying in Hong Kong have registered to take vaccinations on Tuesday.

Shenzhen residents planning to go abroad can register for COVID-19 vaccines on a WeChat project of the Shenzhen health authority. The vaccination is only for people aged 18 to 59.

Though the safety and efficacy of the vaccines have been proved, some residents still have concerns over getting vaccinated.

Zhang, a teacher in Shenzhen, told the Global Times on Sunday that she would take a flu vaccine instead, before the Chinese national authority officially approves any COVID-19 vaccines rollout.