German Chancellor Angela Merkel will start her two-day visit to China on Thursday. It will be her first trip to China after her re-election and the 11th as the chancellor.

Merkel will visit South China's Guangdong's Shenzhen, which will be a new Chinese city where Merkel will leave her footprint. The chancellor has visited many Chinese cities and is known as one of the Western political leaders that know China the best. 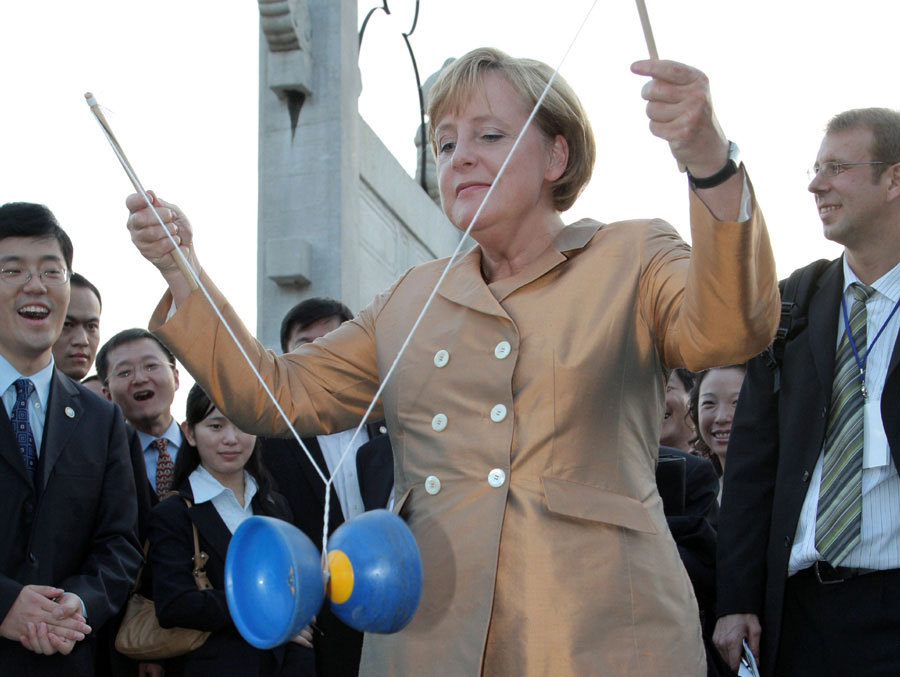 Merkel has visited Beijing the most. It is the city that has witnessed the growing connection and expanding cooperation between the two countries.

During her first visit to China after becoming chancellor in May 2006, Merkel had a walk in a Beijing park in the morning and exercised with local residents. 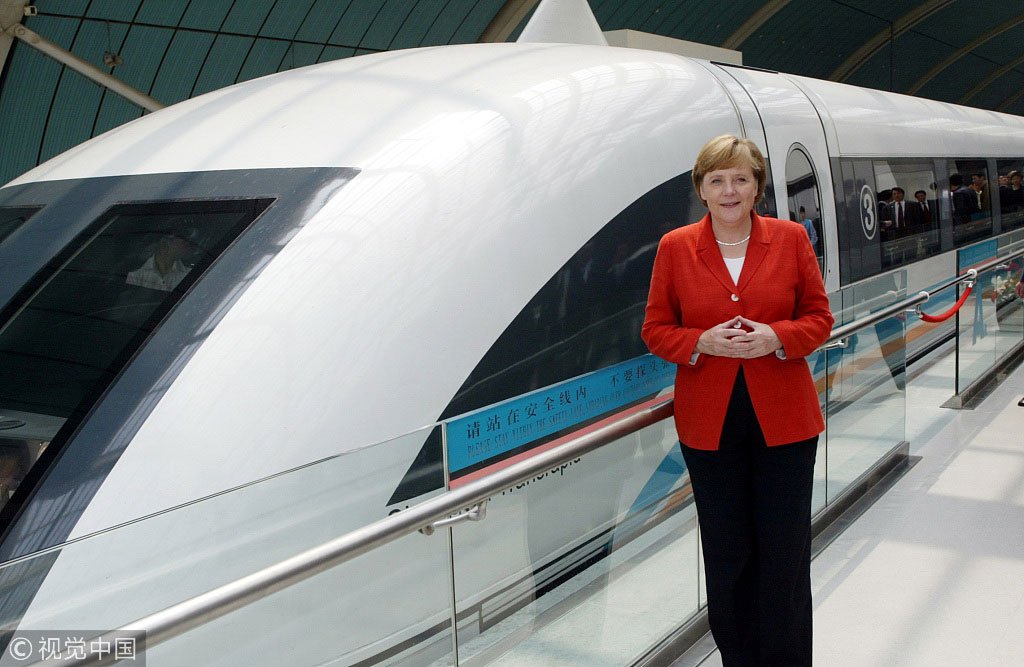 During her first visit to China in May 2006, Merkel visited Shanghai's Urban Planning Exhibition Hall and St. Ignatius Cathedral.

She spoke at a meeting of the German Chamber of Commerce in China and rode the world's only commercially operational maglev rail line. 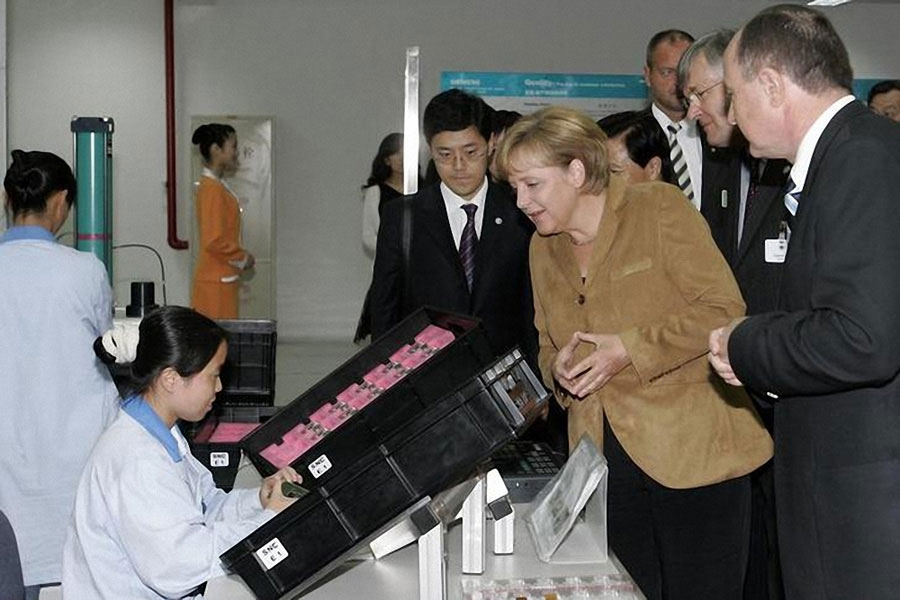 In August 2007, Merkel visited China for the second time as the chancellor. She visited Nanjing, Jiangsu province, to launch Germany and China: Moving Ahead Together, a three-year campaign, along with provincial leaders.

During her stay, she also visited the Sino-German Law Institute at Nanjing University and the city's Siemens plant. Her reputation in China was somewhat enhanced by her decision to stay in a junior suite rather than a presidential suite at the hotel. 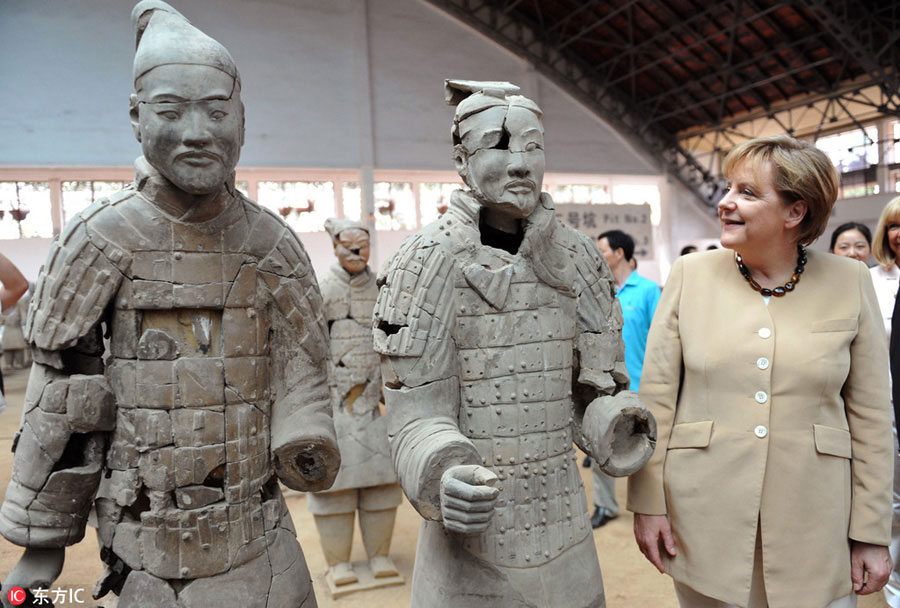 Merkel smiles with two soldiers of the Terracotta Army in Xi'an, July 17, 2010. (Photo/IC)

In July 2010, during a visit to Xi'an, Shaanxi province, Merkel held talks with then-premier Wen Jiabao as well as heads of German and Chinese companies.

Wen accompanied her on a visit to Siemens Signaling Co Ltd, a Sino-German joint venture. Merkel also visited the mausoleum of Qinshihuang, the first emperor of China, where the Terracotta Warriors are located. 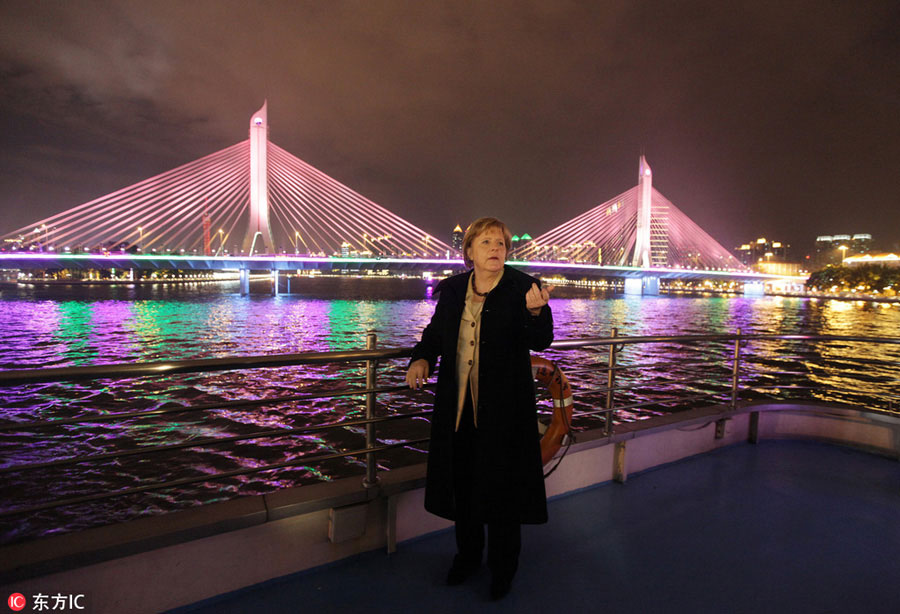 After a stop in Beijing, Merkel visited Guangzhou, Guangdong province, where she and Wen attended a trade seminar for Chinese and German business leaders.