Construction of the first batch of 1,500 rooms for centralized medical observation has been completed in five days in a city in north China's Hebei Province, local authorities said Saturday.

The center, using the land of a newly-built factory, is among the makeshift facilities with a total of 6,500 rooms planned to be urgently built at six locations in the city of Nangong to curb the spread of COVID-19.

Each room with an area of 18 square meters is equipped with a bed, electric heater, toilet and sink. WiFi access is also available.

Construction of 1,500 more rooms has also been completed. The rooms will soon be put into use after being furnished.

The construction project started on January 10 after a cluster of COVID-19 cases was reported in the city, and the rest of the rooms will be ready within a week, according to the local publicity department.

Qu Peicheng, a manager in charge of the project who works for a local engineering company, said some 300 workers in two shifts have worked day and night on the project.

"We often can't feel our hands as we keep working in temperatures as low as minus 16 degrees Celsius," said Jiao Yongshuo, 34, a worker from Nangong.

"We hope to do our part so that our folks can resume normal life as soon as possible," said Jiao.

Gao Dexin, a publicity official in Nangong, said the isolation centers are urgently built as all hotels, office buildings, company properties and houses available for quarantined observation have been full.

"If the close contacts of the confirmed cases are not centralized for isolated observation in time, the hard-won results achieved by citywide nucleic acid testing to curb the spread will be lost," said Gao. 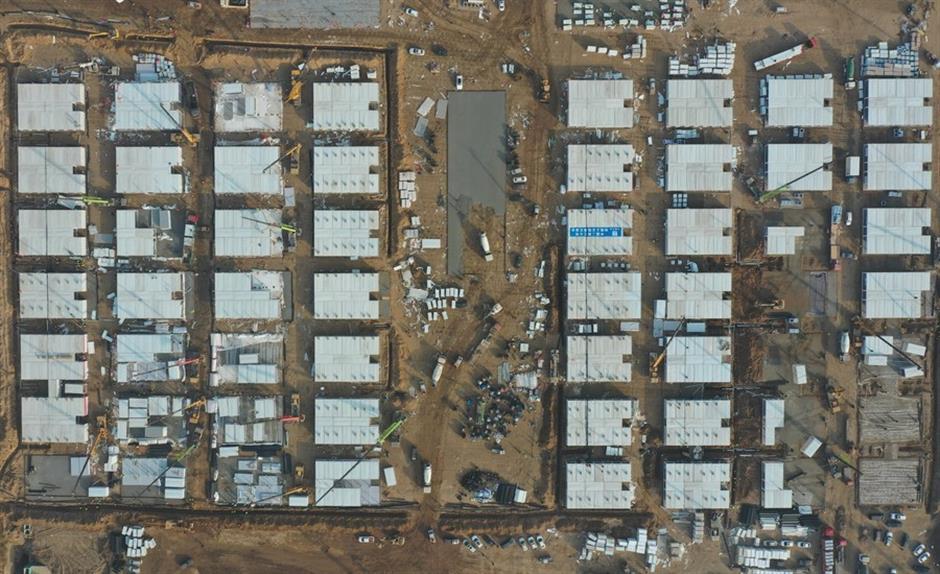 A similar center with a total of 3,000 rooms is being built in the provincial capital Shijiazhuang.

By the end of Friday, there were 643 locally transmitted confirmed cases and two imported cases being treated in hospitals in Hebei, mostly in Shijiazhuang and Nangong, a county-level city under Xingtai City.