TIANJIN, Dec. 7 (Xinhua) -- North China's Tianjin Municipality will prohibit businesses and institutes from collecting personal bioinformation starting next year, amid heightened public concerns over the uncontrolled use of facial recognition, now employed in mobile payment, test-taking, and even public toilets. 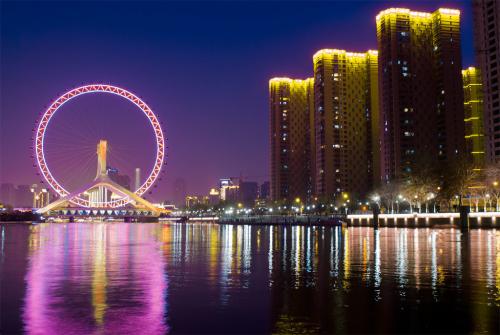 According to a regulation passed by the city's legislature on Dec. 1, market credit information providers will be banned from collecting information needed for biorecognition and other personal data, including religion, blood type, and medical history.

Personal income, savings, and tax records are also protected from information harvesting unless the collectors sought the permission of clients, according to the legislation. It will target credit service agents, industry associations, as well as enterprises, and public institutes.

Tianjin is among the Chinese cities that have moved to regulate the overwhelming applications for facial recognition, which have increasingly sparked controversies in Chinese society and raised fears of personal data leaks.

In October, the city of Hangzhou, east China's Zhejiang Province, issued a regulation stipulating that the gathering of bioinformation, like fingerprints and facial recognition data, shall not be required to enter residential communities.

In what was known as the country's first legal case on facial recognition, a court in Hangzhou last month ruled that a local zoo compensate a customer and delete his facial information. The customer filed a lawsuit against the zoo after the latter demanded facial recognition as an entry requirement for all its annual cardholders.