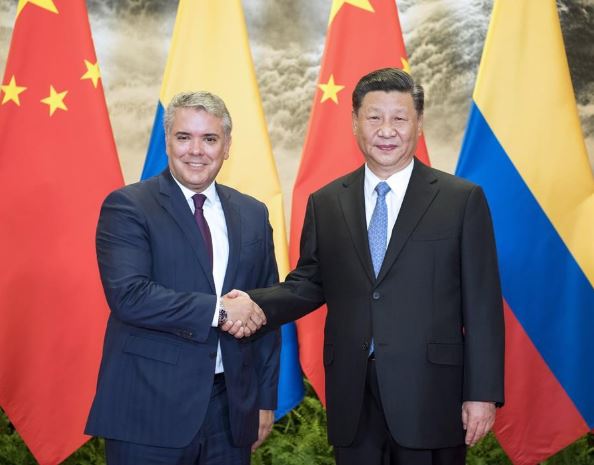 In his message, Xi said that China and Colombia, on the principles of mutual respect, mutual benefit and joint development, have over the past four decades deepened political mutual trust, expanded practical cooperation and maintained a positive momentum of development in bilateral ties.

Xi recalled that during Duque's state visit to China in July, the two heads of state reached important consensus through frank and friendly communication, which injected new impetus into the long-term development of China-Colombia relations.

Xi said he attaches great importance to the development of China-Colombia relations, and stands ready to work with Duque to take the 40th anniversary as a new starting point to advance bilateral relations into a new historical stage.

Duque, in his message, said that during his state visit to China last year, he and Xi reached a series of new consensuses, which injected new impetus into bilateral friendly cooperation in the political, economic, social and cultural fields.

The Colombian president said he highly appreciates and is sincerely grateful for China's important contribution to Colombia's economic and social development through bilateral cooperation.

On behalf of the Colombian people, Duque reiterated his willingness to continue to work with Xi to chart the course for the development of bilateral relations in the next 40 years, so as to lift bilateral relations to new levels for the benefit of both peoples.