Botswana is known to the world as a country rich in natural resources, its abundant diamond mines making it one of the wealthiest countries in Africa. 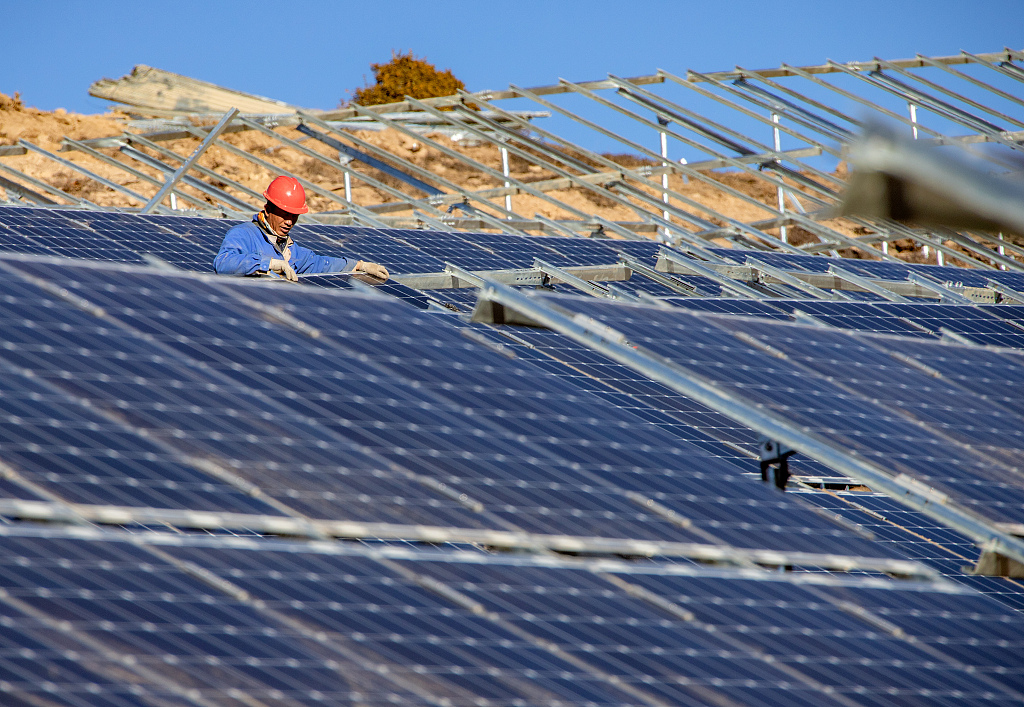 In recent years, the country has been attempting to make an economic transition. In his inauguration speech, Botswanan President Mokgweetsi Masisi said the new government is committed to leading the country to transition into a knowledge-based economy.

On the basis of the country's National Vision 2036, the Botswanan government confirmed that information and communication technology would be the key element in boosting development in other sectors and industries. Many Botswanans who attended the Global Expo Botswana 2018 told the Global Times that China is playing an important role to help the country achieve the goal of economic transition.

The Global Expo is the country's most important business-to-business exhibition, and has been successfully held 13 times. This session held from October 30 to November 2 in Gaborone, Botswana, saw the participation of 291 companies from countries including China, South Korea, South Africa and Zimbabwe. These companies cover various sectors including agro-industry, information communication, mechanical equipment and manufacturing.

During the event, the word that came up most frequently was "innovation." In a discussion on scientific innovation, Martin Stimela, CEO of Brastorne Group said that Botswana needs to foster "innovative minds" to encourage the creation of new things and meet new demands with the help of science.

Located 10 kilometers to the north of Gaborone, the Botswana Innovation Hub (BIH) represents the country's cutting-edge technology. In order to attract new hi-tech enterprises from both home and abroad in areas such as communication, energy and biology, the Botswanan government spent 200 million pula ($2 billion) to build the hub, and set up a fund for the newly stationed enterprises.

Alan Boshwaen, chief of the BIH, told the Global Times that a satellite research center, database and other pioneering science research centers will be established in the hub in the near future, along with hotels and restaurants.

Boshwaen told the Global Times that the biggest challenge Botswana is facing is its high unemployment rate. BIH can help solve this social problem because it will be both developing advanced technologies and creating more jobs at the same time.

Boshwaen said that the government has set a special fund to support innovative enterprises, and the country will achieve its transition to a knowledge-based economy step by step through this hub. Additionally, BIH will be a pivot for innovation in the country and even the whole of Africa.

Boshwaen told the Global Times that some companies from China have shown a strong interest in joining BIH, as being based in the hub will allow them to explore the African market.

Botswana places great expectations on China, a country with highly-developed information and communication technology. Reginald Selelo, chief operation officer of the Botswana Investment and Trade Center, travels to China several times a year to seek cooperation between the two countries on new and high technology. Selelo told the Global Times that the Botswana Investment and Trade Center will establish an overseas office in East China's Shanghai, making it more convenient to do business with Chinese companies.

Of all the African countries, Botswana has attracted the most investment due to its relatively stable political environment, widely spoken English, high national schooling level and abundant labor force.

Since 1999, the country has adopted more open and free foreign exchange control policies to allow foreign investors, individuals or groups registered with the tax authorities to open accounts in Botswana in US dollars, pounds, or South African rand.

The Botswanan central bank also lowered its key lending rate to a historical low level of 5 percent, which is obviously a great draw for businesspeople.

The country has also set a competitive tax plan, which regulates that manufacturing companies can enjoy a 15 percent income tax rate, compared to the global average of 23.6 percent, and 27.46 percent in Africa.

However, to avoid potential risks, it is essential to carry out thorough market research before starting a business in the country, especially on its exchange rate. One Chinese merchant told the Global Times that his company suffered severe losses due to a dramatic drop in the exchange rate in 2018. Moreover, Botswana has a limited market and consumer groups with a small population of just over 2 million, where untested investment is highly risky.