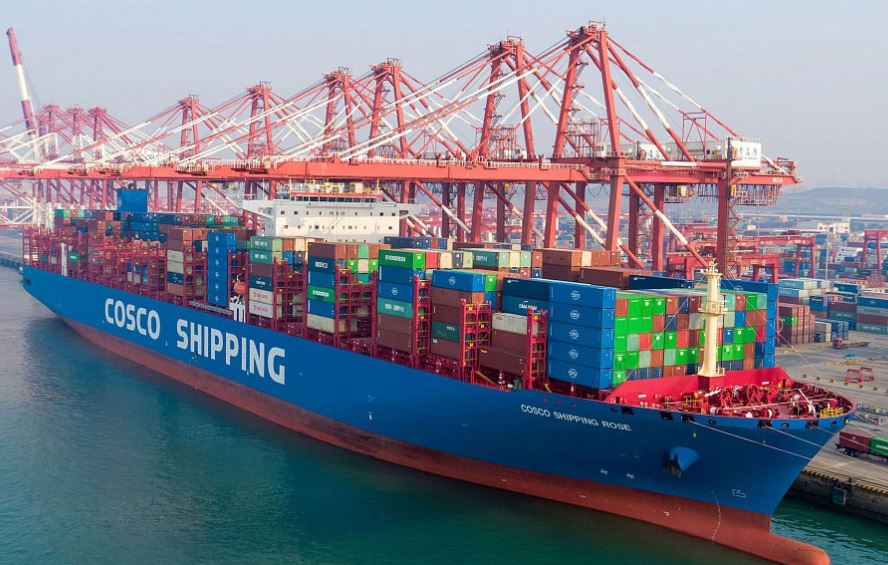 Guo Yu, general manager of SunRui's Ship Department, told CGTN that the company has received approval for its ballast water management system from the US Coast Guard (USCG) in 2017. That makes SunRui the first enterprise in Asia and fourth in the world to get this approval. Its cutting-edge technology and recognition of the market at an early stage allowed the company to be a leader in the field.

The ballast water requirements set by the USCG is the strictest in the world. For SunRui, meeting USCG standards is a testament to its innovation capabilities, especially given that China's ballast water R&D capabilities began from a blank slate. The company sailed past this roadblock by drawing on its past experience.

Meanwhile, the company's regional manager for Overseas Affairs said that technology owned by SunRui has been applied for land based uses for over 30 years. She stressed the technology is very stable and mature for them to use on vessels. For policymakers though, China has been involved in the ballast water management convention since its adoption in 2004.

The China Classification Society sets and approves engineering standards for ships played a key role in the guideline-setting for the convention by providing China's unique angle to the treaty's deliberations.

Wang Huifang, senior engineer at the Rules and Technology Center of China Classification Society (CCS), told CGTN that there are some special waters in China like the Yangtze River estuary and Yangshan deep water port, which has a lot amount of suspended sediments in these waters.

China's ballast water management industry is not without its challenges though. For Chinese brands such as SunRui, even after achieving the highest standards in the industry, it still faced uphill battles, such as brand recognition abroad.

Guo gave us an example, "Sometimes the ‘Made in China' brand faces discrimination on the global stage. We've encountered situations where even after arriving at the offices of a shipping company, they would say ‘sorry, but we don't have the time."

Despite the initial uncertainties of the Ballast Water and Sediments Convention – ranging from global companies doubting Chinese brands to the ballast water management industry starting from scratch here in China, companies like SunRui decided to press on and develop its own proprietary technology as it saw more opportunity rather than challenges.

In 2018, Japan's NYK Shipping decided to give SunRui 89 of their ships in one order to install their ballast water management system. The total deal is worth 500 million yuan ($73 million).

China's participation in the ballast water management convention and its development of eco-friendly marine technologies are the latest steps in preserving the oceans for posterity.

In 2018, China signed a landmark partnership with the EU setting clear commitments in safeguarding marine ecosystems. As a key stakeholder in the UN's Sustainable Development Goal on oceans and as China continues to reform by emphasizing environmental protection, the country's commitment and impact on keeping the oceans blue will only grow.