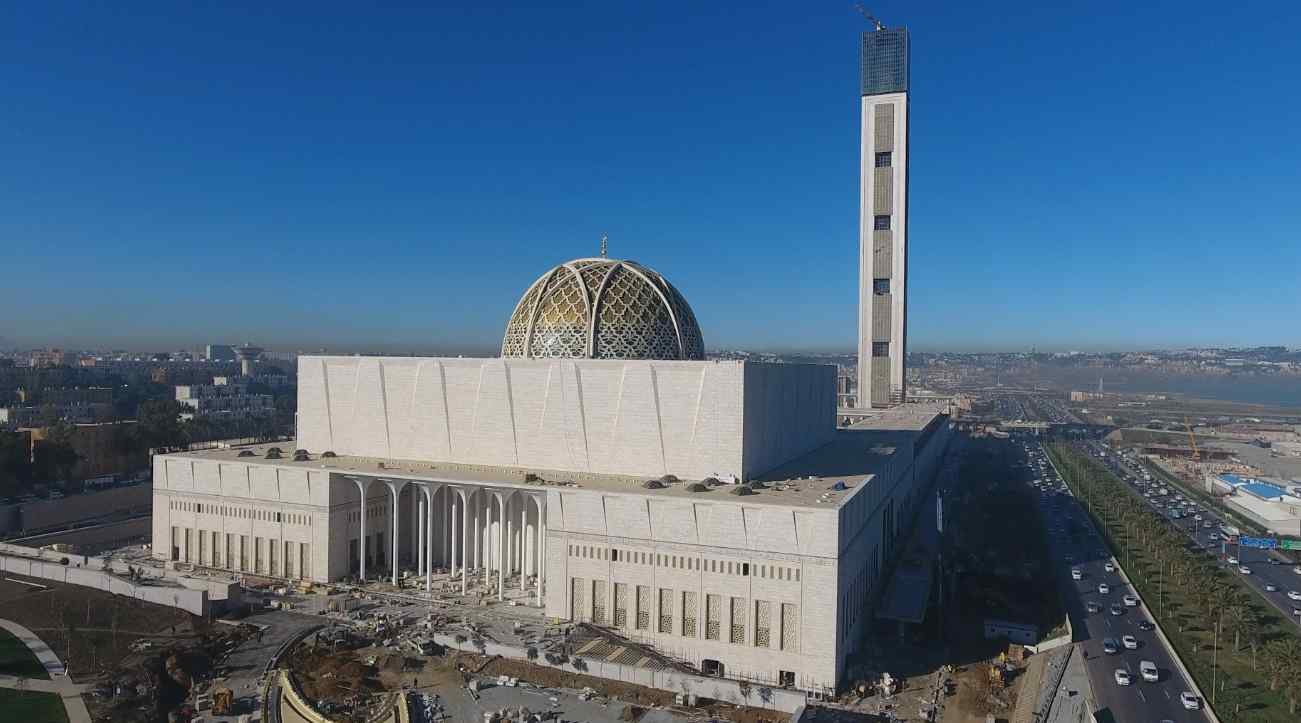 The China State Construction Engineering Corporation (CSCEC) has successfully finished the construction of the Great Mosque of Algiers in a way some would call a miracle, making it the third largest of its kind in the world.

"In Algeria, it is said every one thousand years, a great mosque will be built. Since the independence of Algeria from the sixties, they haven't built a great mosque. So this is a historic mark for the country and for all the people. We are really proud of that," said Zhou Sheng, CSCEC general manager.

Located near the Algiers harbor and extends to an area of nearly 300,000 square meters, the Great Mosque of Algiers shines like a pearl against the backdrop of the Mediterranean Sea. The praying hall of the mosque has a capacity of 37,000 people, with a 72-meter tall roof. As the tallest building in Africa, the 265-meter-high minaret of the Great Mosque of Algiers can be seen from everywhere in Algiers.

The Great Mosque of Algiers also represents the new peak of the many accomplishments made by CSCEC's Algerian branch. In 2011, the company won the bid for the project of the Great Mosque, which was the largest among the companies' overseas projects in its history.

Boris Chatelard, an expert from engineering company Egis Group that is in charge of supervising this project, said that the building won't only stand for 10 years. Rather, the building shall be there for the history of Algeria. "So you have to build something that will remain and stand for hundreds of years or more," he commented.

"We won the bidding of the Great Mosque of Algiers out of other 14 international contractors," Zhou Sheng said. Commenting on CSCEC's advantages in securing this project, he emphasized that the Algerian government has been satisfied with "the quality of the company's projects and company's performance. "

"Among all the projects, the Great Mosque of Algiers is the most important one, and this is a milestone for our development in Algeria," he said.

The Algerian government allocated approximately 1 billion euros for the project of the Great Mosque. Zhou Sheng also admitted that it was a great challenge for the company to manage the cost: "You cannot finish the design and engineering at the beginning; the engineering work will be done along with the execution of the construction."

As a carrier of Islamic culture, the mosque is decorated with complicated stone carvings, wood carvings and plaster carvings of Islamic style. For example, there is a praying wall of 300 square meters with vast details on the east side of the praying hall.

Zhou Sheng mentioned that cultural sensitivity is a very important issue that they addressed. According to Zhou, to decide on the choices for decorative pieces, paintings, calligraphies, etc., CSCEC consulted the relevant government departments of culture and religion along with technicians and artists on site.

Adding to this point, Boris Chatelard also mentioned that the challenge is on management, saying that "with more than 4,000 people on site from different countries, the first challenge is to understand each other."