The Serbian government and the China Road and Bridge Corporation (CRBC) concluded on Tuesday a commercial agreement for the design and construction of a new fast road in the northern part of the country.

The agreement on the construction of the so-called "Fruska Gora Corridor" was signed by the Minister of Construction, Transport and Infrastructure Zorana Mihajlovic and Zhang Xiaoyuan, director of CRBC Serbia in presence of Serbian President Aleksandar Vucic and Chinese Ambassador to Serbia Chen Bo. 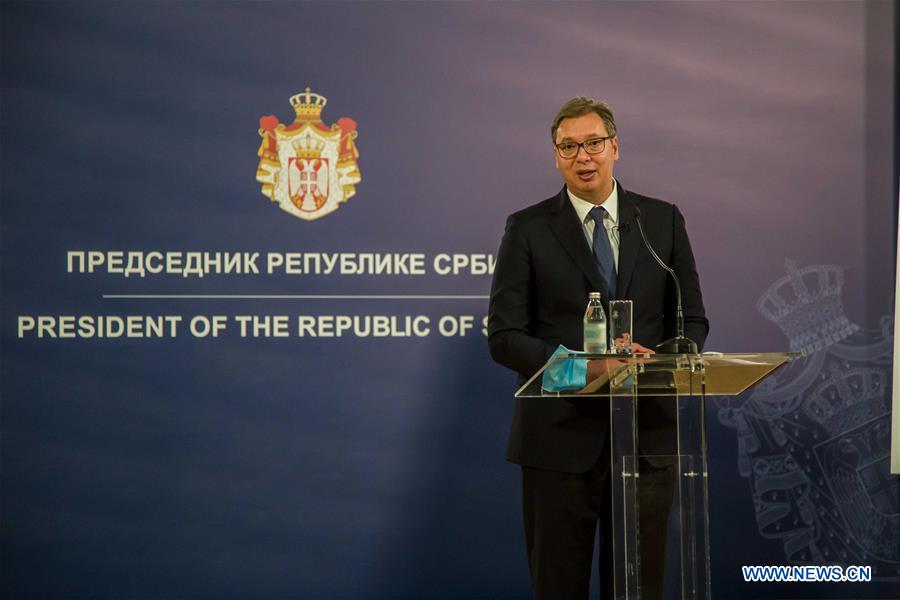 The project, worth 606 million euros (714.94 million U.S. dollars), envisages the construction of a 47.7-km multi-lane road between the city of Novi Sad (capital of Serbia's northern autonomous province of Vojvodina, and the country's second-biggest city) and the municipality of Ruma.

The section will include a 3.5-km tunnel, as well as a 1.8-km-long bridge across the Danube River.

After the agreement was signed, President Vucic stressed the importance of the road. "What we are doing with CRBC...and what makes this day important is -- that we can today discuss an overall accelerated development and modernization of Serbia."

The president recalled many projects which are already in realization or in plan with CRBC, stressing their importance for the country's five-year development project titled "Serbia 2020-2025."

Recalling the more than one and half years of preparation for the project by a team of Chinese and Serbian experts, Zhang pledged completion on time.

"CRBC will strive, as always, to finish this project within the agreed deadline," he said.

Ambassador Chen said that the cooperation between China and Serbia keeps developing despite the outbreak of the COVID-19, and has delivered a significant contribution to the economic recovery of both countries.