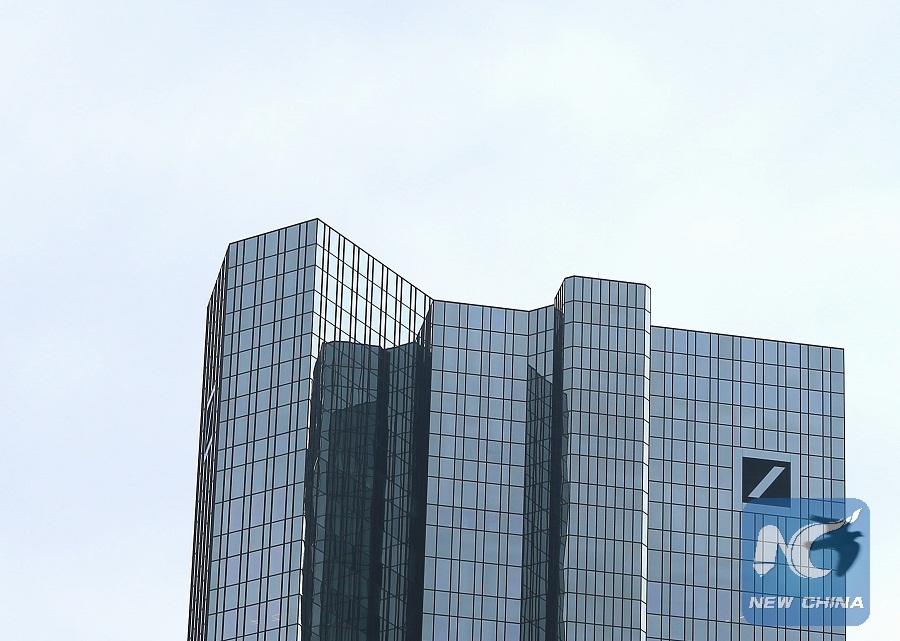 Photo taken on May 3, 2017 in Frankfurt, Germany shows the tower of the Deutsche Bank. Photo: Xinhua/Luo Huanhuan

According to a message to shareholders cited by German media, HNA's ownership share of Deutsche Bank had declined slightly from 9.9 percent to 9.2 percent. Nevertheless, the Chinese group remains the single largest anchor investor in the bank, ahead of the Emirate of Qatar and the US investment entities Blackrock and Cerberus.

A spokesperson for the Vienna-based financial investor C Quadrat, which manages HNA's holdings of Deutsche bank, emphasized that the group would remain a "long-term major shareholder of Deutsche Bank."

The spokesperson explained that the changes were merely due to technical reasons "in relation to the long-term adaptation in the financing structure of the Deutsche Bank holdings."

HNA owns shares in Deutsche Bank directly via C Quadrat, as well as through a complex set of financial derivatives. Representatives of Deutsche Bank were not available to comment on the development.