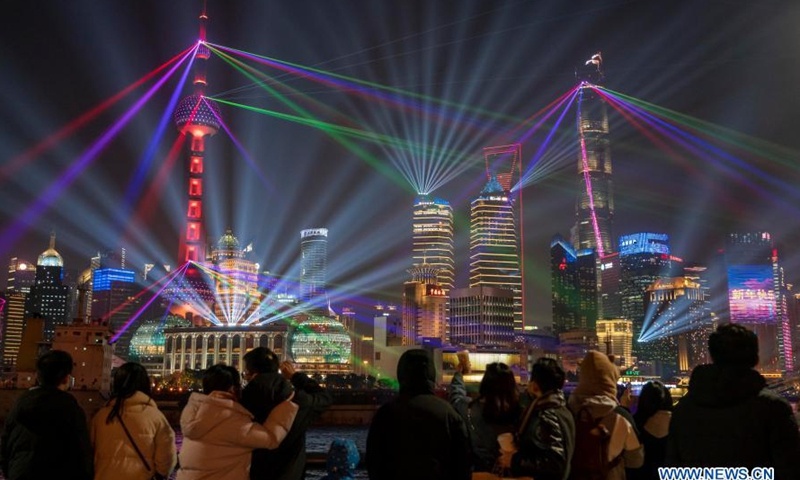 With signs of sporadic COVID-19 cases largely coming under control in Beijing and swift and strict epidemic control measures in several other cities that experienced a resurgence of outbreak, consumers in the world's second-largest economy have welcomed the New Year holidays with an unhidden passion for spending, starting China's 2021 growth trajectory on a strong note.

The hustle and bustle of cinemas, shopping malls and some hot tourist attractions during the three-day holidays, per publicly available data and the Global Times' interviews with consumers, offer an early glimpse at the country's consumption resilience at large, an increasingly important part of the economy that's betting on domestic demand as a major driving force.

There is plenty of evidence that the country has done a good job in running the two tasks simultaneously - staying vigilant against sporadic outbreaks and virus mutations while having the economy, especially the consumer market, continue to power ahead - a feat beyond the capacity of most major economies.

The clustered epidemic in Beijing is basically under control, but the virus battle is not over yet, local authorities said on Saturday, calling for sober-mindedness about the COVID-19 situation in the capital which reported 26 locally transmitted confirmed cases between December 18 and Saturday.

The country's precise virus containment push prevents sporadic epidemics from weighing on the nation's economic activities. In another sign of a speedy COVID-19 response, a returning student from the UK suspected of contracting the more transmissible new variant has tested negative for coronavirus and left the isolation ward, Zhang Wenhong, a Shanghai-based leading infectious disease specialist, revealed on Friday. The case discovered in Shanghai is the first of the new strain reported in the country.

These, adding to an earlier announcement by the National Health Commission to provide free COVID-19 vaccines to all Chinese people, apparently gave a shot of restrained optimism in the arms of a multitude of Chinese consumers.

More than 8.3 million trips are expected to be made across the country on Sunday, the last day of the 3-day New Year holidays in China, with 590 additional passenger trains newly opened, according to China Railway.

While the readings are not on par with pre-virus levels when the daily number could easily top 10 million during major holidays, it speaks volumes for the still-booming travel activities, factoring in the virus situation in Beijing that has the local government imposing strict controls over travel in and out of the city during the holidays.

According to the local tourism regulator in Sanya, South China's Hainan Province, more than 77 percent of hotel rooms in the city were booked out, with local places of interest receiving more than 100,000 visitors from all around the country on the first day of the New Year holidays.

The complete three-day summary of the local tourism market will be made public later, a liaison officer with the Sanya tourism and culture bureau told the Global Times on Sunday.

China's travel giant agency Ctrip said in a statement sent to the Global Times on Sunday that travelers have attached more sense of ceremony to welcome the New Year, as many would go all the way across the country from north to south, enjoying the first rays of sunshine of 2021 at the crack of dawn in the country's easternmost point, Fuyuan in Northeast China's Heilongjiang Province or listen to the countdown bell at the Jiefang monument in Chongqing, Southwest China's Sichuan Province.

Some would prefer taking a cruise in waters off the Xisha islands in the South China Sea, trek on the Tibetan Plateau at an altitude of some 3,000-meters or watch the dreamy fireworks show at the Chimelong Ocean Kingdom in Zhuhai.

Skiing also ranks among travelers' favorite activities during the holidays. And to everyone's surprise, aside from the traditional skiing resort destinations in Zhangjiakou, Harbin, and Beijing, Wawushan mountain in Southwest China's Sichuan Province has become a dark horse in the market, gaining 747 percent more internet searches than previously, as per Ctrip data.

Ctrip attributed the success of Wawushan mountain to the influence of Ding Zhen, a viral hit in 2020 from Litang county in the Tibetan Autonomous Prefecture of Garze, also located in Sichuan.

Travelers aged under 20 were the most active in the period, as they take up 34 percent of the New Year holiday travelers' total, according to Ctrip.

Feizhu, another major travel platform under e-commerce giant Alibaba, said that Macao has received 246 percent more travelers in the New Year holiday than the number in the National Day holiday in October 2020. China resumed issuing travel permit for mainland residents to the city in August.

Many residents in Wuhan, the Chinese city once hardest hit by the COVID-19 epidemic this time last year, were also among the busy travelers in the holiday period.

Yang Fang, a Wuhan resident, told the Global Times on Sunday that she went to the Wuyishan National Park in East China's Fujian Province for a four-day trip starting from December 31.

Yang, travelling in a group of peers and colleagues, said she felt safe and assured during her journey. "Everyone now has the awareness of personal hygiene and public social distancing, and was closely following the updates on the epidemic situation in China. The park venues have been all equipped with updated hardware in efforts to prevent a potential epidemic spread."

Han Kening, 48, another Wuhan resident, has been embarking on a road trip to Southwest China's Yunnan Province with his wife since December 29. Han told the Global Times that he was thrilled to see the gorgeous tropical scenery in Yunnan. 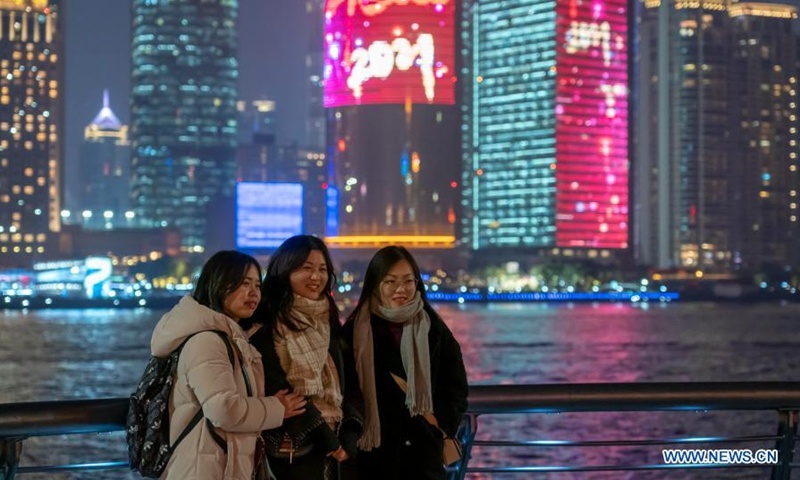 For those staying festive with a staycation, movie theaters and shopping malls are among the most popular attractions.

Wuhan residents who chose to stay said they had also enjoyed the holiday by visiting exhibitions, shopping and going to movie theaters in the city, per the Global Times' interview with some locals, mirroring a prevailing trend across the country.

That movie theaters in places affected by the virus such as Beijing's Shunyi district were recently closed has proven to have only a negligible impact on the holiday box office. The Chinese mainland's box office raked in 592 million yuan ($90.62 million) on Friday, a fresh record high on New Year's Day. The previous record was booked in 2018 with 368 million yuan on the first day of the year.

The record-smashing figure came on the back of a milestone reached by the mainland box office, which unseated that of North America for the first time in 2020 with 20.42 billion yuan, according to industry data on Saturday.

In another sign, over the first two days of the New Year holidays, multiple major vendors in Suzhou in East China's Jiangsu Province reported a surge of over 50 percent in their sales revenues year-on-year, with fashion and clothes, gold jewelry and smart home appliances among the bestselling items, Suzhou Daily reported on Sunday.

With the government mulling over efforts to spur new genres of consumption, among broad-based measures to sail the economy safely through the pandemic, the economy's growth momentum is anticipated to continue throughout the year, market observers said.

China will unveil measures to ramp up nurturing new types of consumption, phase out some administrative rules that restrict consumer purchases, push for standardization, build brands for elder-care, childcare and housekeeping services, the Xinhua News Agency said on Thursday, citing an interview with Ning Jizhe, deputy head of the National Development and Reform Commission, the country's economic planner.

China will continue its economic stabilization policies in 2021 including interest, principal repayment deferrals for inclusive loans for small and micro-sized businesses, Ning disclosed, estimating the economy to record an expansion of 2 percent in 2020 to be the only major economy on a growth trajectory over the virus-inflicted year.