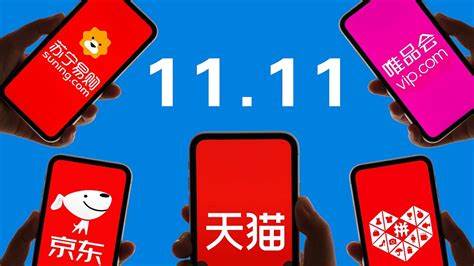 This year marks the largest Singles' Day shopping festival on Tmall, with a record 290,000 brands participating and more than 14 million types of commodities offering discounts, according to the company.

To cater to growing demand from Chinese consumers, presales for this year's Singles' Day shopping spree -- also known as the Double Eleven shopping festival -- began at 8 p.m. on Oct. 20 on Tmall and consumers were allowed to pay for the balance of the pre-sold goods on Nov. 1.

The number of brands that saw a turnover of more than 100 million yuan on Tmall reached 382 during the period, including Huawei, Apple and Chinese sportswear brand Erke.

"The sales are crazy," said Shen Donglai, co-founder of domestic cosmetics brand SpaChina, which is participating in the Singles' Day shopping festival for the third time.

"We sold over 1 million items in less than two hours after the pre-sale kicked off, and our total pre-sale volume reached nearly 130 million yuan, 10 times higher than that of the same period last year," Shen added.

Sales of Chinese designer bag brand Warm Studio also exceeded the expectations of its founder, Gu Liang. "We expect to sell 70,000 bags on Tmall during this year's event, which is three times the number from last year," said Gu.

Gu added that the Singles' Day shopping spree has also driven their partner's business. "Our skyrocketing sales have kept their factory and 1,000 workers busy," he said.

Between 8 p.m. Wednesday and 2:09 p.m. Thursday, the total value of orders on JD.com, another Chinese e-commerce giant, hit a new record of over 311.4 billion yuan.

This is also the greenest Singles' Day shopping festival on JD.com, which introduced various measures, including developing recyclable packaging, deploying new-energy cargo vans and using photovoltaic power generation in warehousing, to lower carbon emissions and the impact on environment. As a result, the amount of carbon emissions slashed stood at 26,000 tonnes as of Thursday noon.

The annual event was launched by Alibaba's e-commerce platform on Nov. 11, 2009, and quickly grew into a major shopping spree.