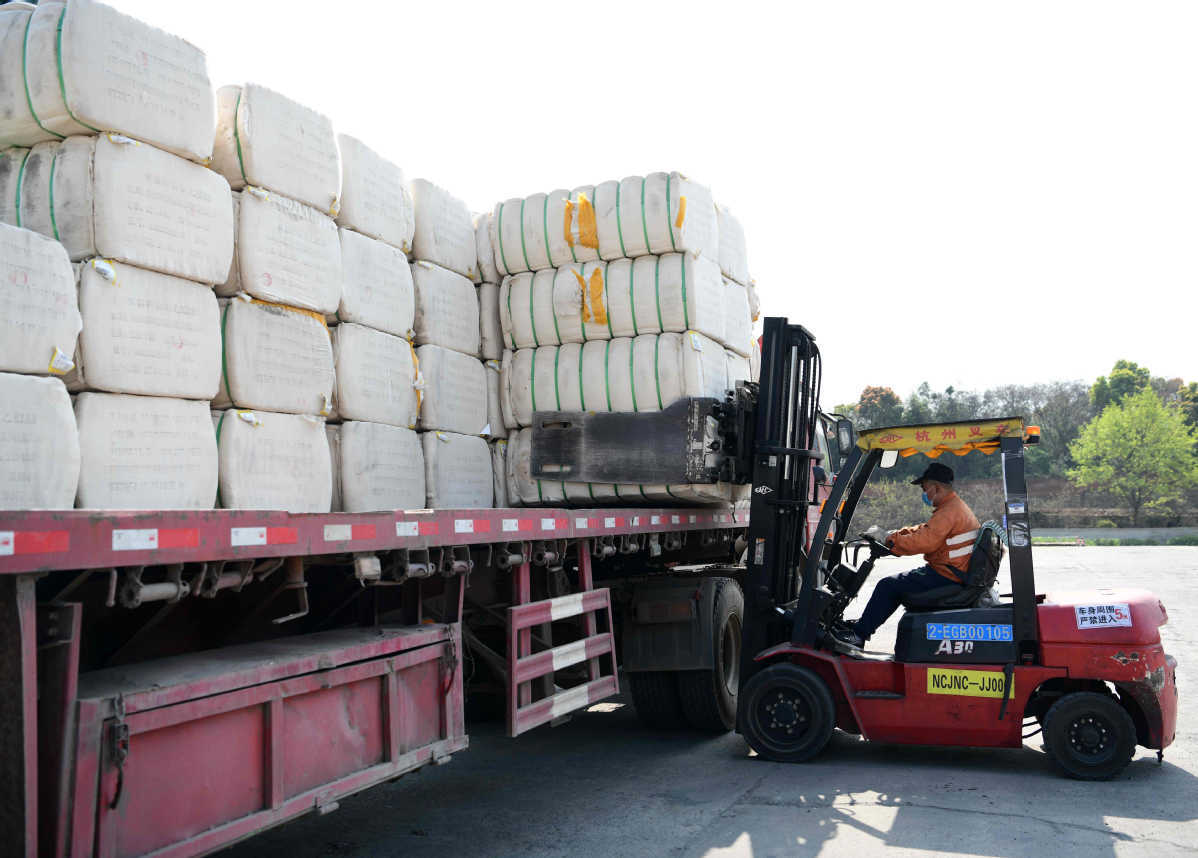 Claims made by some foreign brands including H&M and Nike that they refuse to use Xinjiang cotton due to the alleged use of "forced labor" in the region have triggered a strong backlash from the Chinese public in the past week.

"Xinjiang cotton is of great quality and I often buy clothes and quilts made of it. It's a loss for these brands to reject the material for political reasons," said Wang Linlin, a resident of Nanjing, Jiangsu province.

China is the world's second-largest cotton producer, and the Xinjiang Uygur autonomous region accounts for about 80 percent of its output. Nearly 70 percent of Xinjiang's cotton fields use machinery to harvest cotton, making large-scale manual cotton-picking a thing of the past, according to official data.

"I think Chinese consumers are clear-headed. They refuse to be fooled by some Westerners who chose to turn a blind eye," Wang said.

On China's Weibo microblog platform, the hashtag "I support Xinjiang cotton" had received over 7.4 billion views by Wednesday afternoon.

"We support Xinjiang cotton because the national interests are above everything," one Weibo user said.

More customers are sharing their experiences buying Xinjiang cotton products online, frequently using words like "warm", "comfortable" and "durable" to describe clothes, quilts, towels and other items made from one of the world's best cotton fibers.

During a March 26 livestreaming session by a popular presenter known as Viya, over 20 million yuan ($3 million) worth of Xinjiang cotton products were sold in just an hour.

After being silent for about a week, H&M released a statement on Wednesday afternoon, saying that its commitment to China remains strong and it is dedicated to regaining the trust and confidence of customers, colleagues and business partners in the country.

However, the company remained ambiguous about whether it would use Xinjiang cotton, only stating that it wants to be "a responsible buyer" in China and elsewhere and will comply with local laws and regulatory frameworks in all the markets where it operates.

Besides cotton, Chinese buyers also voiced support for other Xinjiang products. Topics like "What is worth buying in Xinjiang?" have sparked animated discussions on Weibo.

"Xinjiang fried rice-flour noodles are my favorite. It's super delicious and I buy it almost every week," one netizen wrote. Xinjiang tomatoes, yogurt and fruits have also been mentioned as personal favorites.

Weibo users have also been sharing interesting facts about Xinjiang cotton. Many people were surprised to learn that the paper used to make China's bank notes is 95 percent cotton.

The Chinese Consumer Association said the boycott of cotton and related products produced in Xinjiang by certain international trade bodies and foreign companies, based on groundless rumors, has seriously hurt the feelings of Chinese consumers and infringed upon the legitimate rights and interests of consumers.

"These companies, operating in China, should strictly abide by Chinese laws and shoulder the responsibilities of protecting the rights and interests of consumers," it said on March 25.