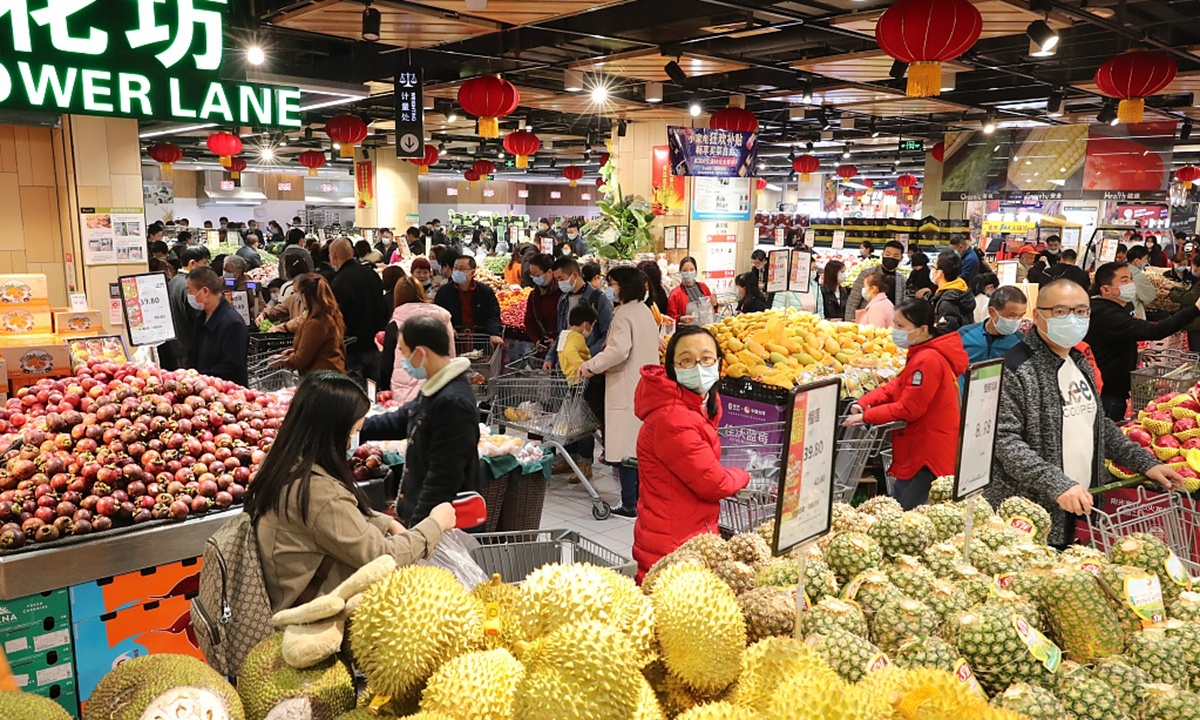 Chinese consumption has shown its unabated vitality while the Year of the Ox was ushered in, although many activities such as travel have been restricted due to the epidemic prevention and control.

There are many rituals associated with Spring Festival, including an elaborate dinner on the Spring Festival Eve, which fell on Thursday. As over 100 million Chinese people would not go home for family celebrations this year due to the epidemic, people have come up with creative ways to make up for their traditional home-cooked dinner through online and offline purchases.

Since January 20, China's online retail sales have exceeded 700 billion yuan ($108 billion). Compared with the same period last year, online catering has seen a 50 percent growth, indicating that the form of consumption has changed during Spring Festival this year, said Guo Liyan, a research fellow with the Academy of Macroeconomic Research affiliated with China's National Development and Reform Commission, the China Central Television reported on Thursday. 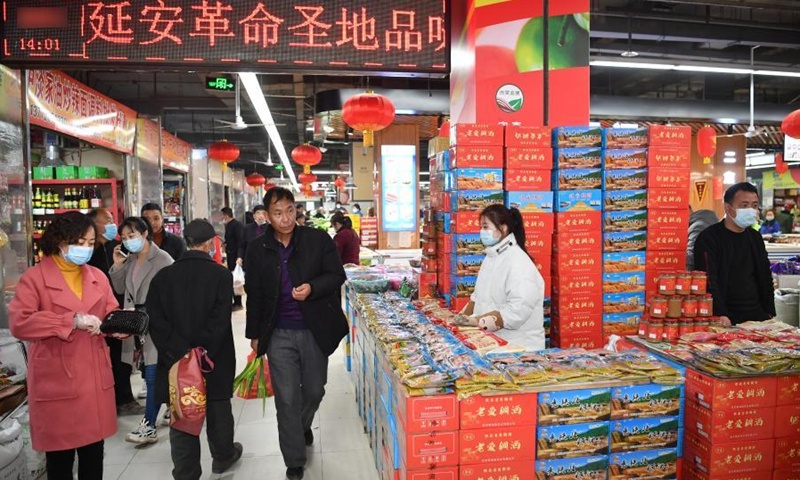 During the past three days before the Chinese Lunar New Year, from Tuesday to Thursday, the semi-finished dinner deliveries on food express platform Ele.me increased by four times compared to last year, and the deliveries of New Year's Eve meal packages increased by two times, according to statistics Ele.me sent to the Global Times on Friday.

For many people who spent the Spring Festival at their workplaces, take-out food has become their natural need to feed themselves during Spring Festival. Delivery orders for a single person doubled in the last three days of the Lunar New Year compared with 2020, especially in first - and second-tier cities. For instance, in Shenzhen, the number of meal deliveries for a single person increased by 2.5 times compared to last year, and in Beijing, Shanghai, Hangzhou, Wuhan and Xiamen, the year-on-year growth rate was more than 100 percent.

Many netizens said they either ordered half-cooked food to make their own Spring Festival Eve dinner or ordered a set menu from their favorite restaurants.

"As a Chinese from southern China, I never had dumplings for the Spring Festival Eve dinner. But this year, I brought many since I am celebrating the festival in northern China, because I better do as the Romans do, a netizen said.

Dumplings are a very common dish in northern China, symbolizing reunion and fortune.

Some who stayed in megacities such as Beijing, Shanghai and Guangzhou joked that Chinese metropolises are finally not "empty and deserted" during this year's Spring Festival, as previously many would leave for their hometowns. 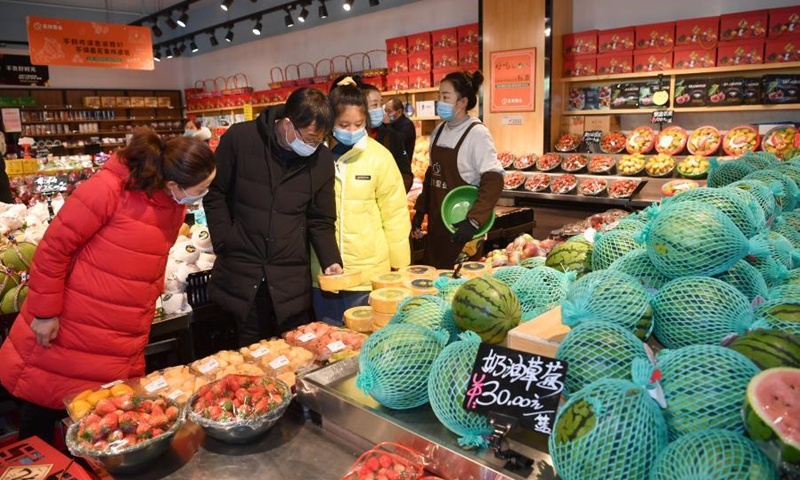 "Sales of small portions for four to six diners were much better than other packages, which showed most people had the Chinese New Year's Eve family dinner with core family members, and only a very few families had large gatherings of 10 people or above," Li said.

Apart from family dinner, sticking couplets with auspicious words to bring good wishes for the whole family is another tradition for the Spring Festival Eve.

According to e-commerce platform Taobao, major shops selling couplets have seen an annual growth of 43 percent during this Spring Festival, and each day, over 5 million couplets were sold on Taobao.

Many restaurants also extended their opening hours since the Spring Festival Eve to cope with the increased number of diners.

An employee from a roast duck restaurant in Beijing told the Global Times on Friday that their restaurant has been booked up until Sunday, and their working hours have been extended to 10 pm during the Spring Festival holiday, one hour later than usual. 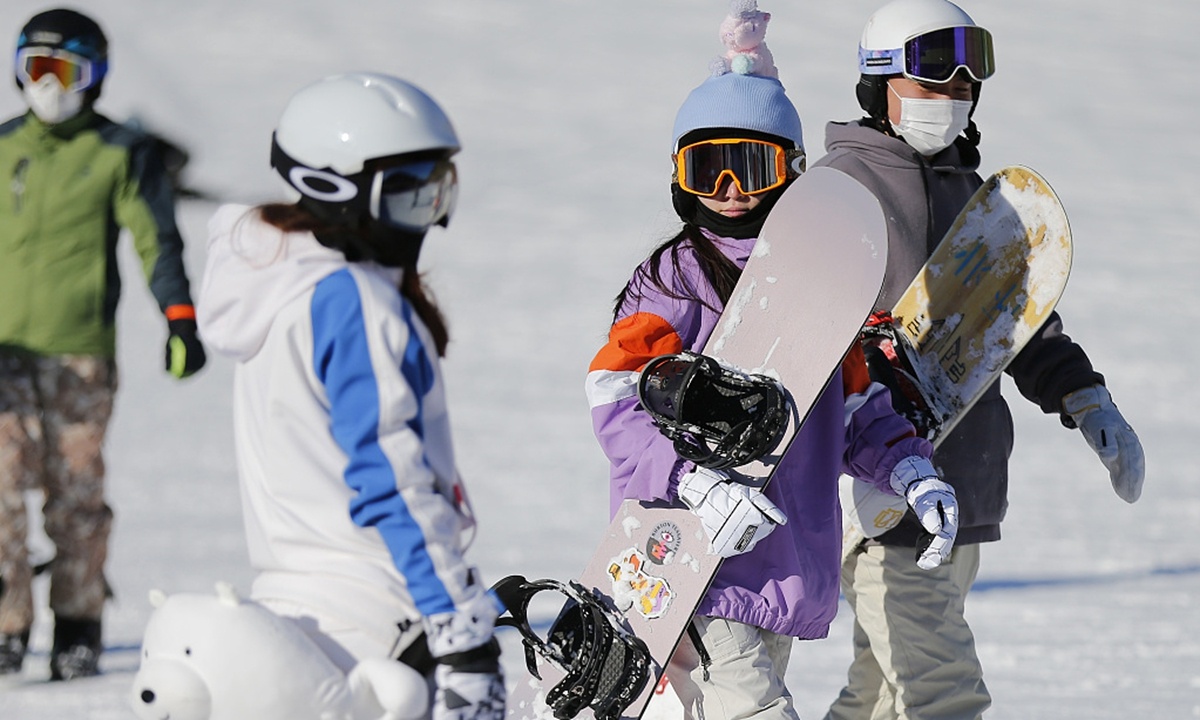 Although this year's Spring Festival has seen a drop in travel, Chinese people can still find many means of recreation, such as watching movies, skiing, and visiting parks and gyms. 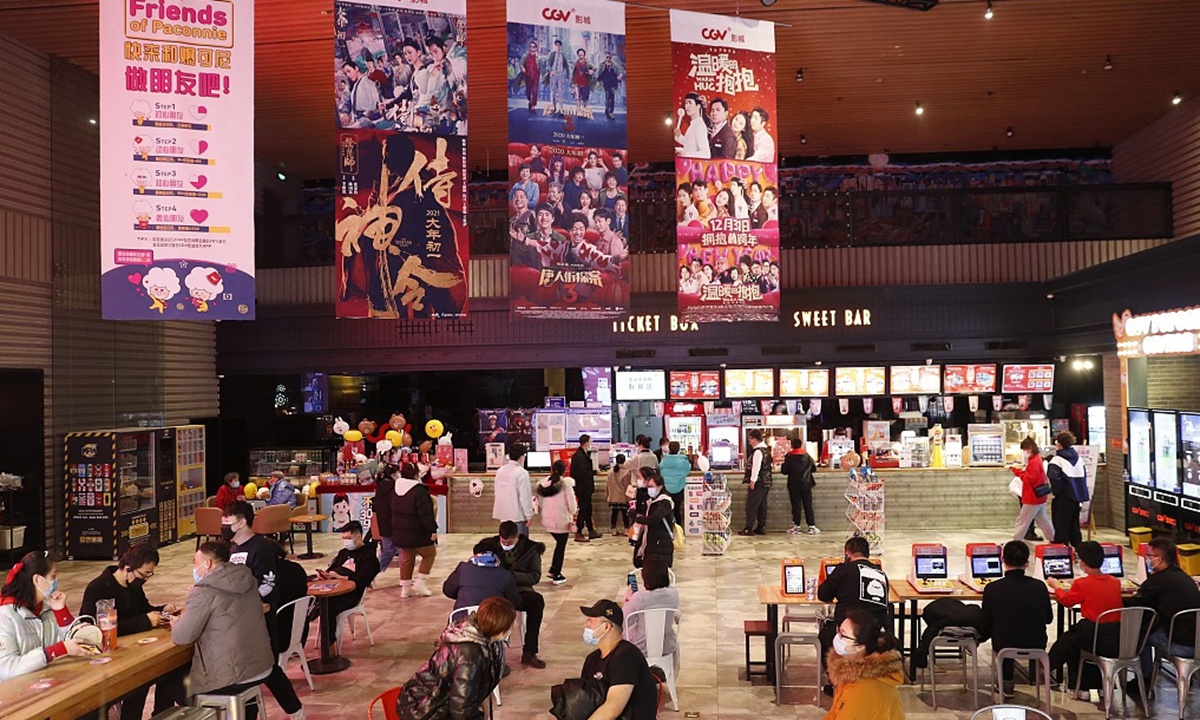